You’d have already no doubt read the incredibly fair and excellently written piece about Wayne Rooney by @herzogschild on this blog a few days ago. It concludes that we will never quite know why we’ve reached this point and that it is indeed incredibly sad that such a talented footballer who should have been happy to remain at United for life has such an unclear future ahead of him.

Rather than dissect the same situation again, here are three areas to open discussion on with regards to Rooney and why we’re at this current position.

11 seasons at the top

It’s becoming increasingly common to see footballers play well to high standard late into their career, into their mid 30s. Science in sport and a particular emphasis on healthy living to maximise and extend peak years means that a dedicated footballer can show little sign of physically slowing down. That’s not to say that it’s the same for everyone – different bodies and metabolisms have their own limits, what works for Javier Zanetti may have little impact on someone less naturally fit.

Rooney comes across as a less naturally fit footballer – that’s not to say he is unfit or way out of shape but that for him, to be in peak condition it requires more work than it does for others. With that in mind and an allegedly risqué lifestyle during the off-season, there’ll come a point where the body bites back and says enough is enough. Rooney shouldn’t and probably isn’t at that point but he’s now entering his twelfth season of Premier League football. In a career, a player probably does well to have 14 seasons playing consistently in the top flight of football, and even better to do so at one of the biggest sides, but there is only so long that can be the case.

Take Ryan Giggs – superhuman, superfit freak of a footballer soon to be playing into his 40s. In the summer of 2001, a few months short of his 28th birthday he’d played 445 first team games of club football. To put into context just how much Rooney has played already, he is now a few months short of his 28th birthday and he’s got 478 club appearances to his name. This season, wherever he plays, he should notch up 500 first team appearances – an impressive achievement for a player not long turned 30 you might think, let alone one who’s still going to be at least 18 months shy of that landmark.

The question to pose therefore is will the amount of football Wayne Rooney has already played in his career come to impact his next few years? Has a player who is not naturally a toned athlete used up the majority of his peak physical lifespan and indeed drained a lot of mental energy into staying in shape and simply playing the game? Players are so finely tuned these days and are getting exposed to football at ever younger ages that burnout has to be considered a real danger for young footballers – is Rooney an example of this?

When Rooney signed for United, the club had just signed the most exciting young player in world football. He’d just lit up Euro 2004, scored a hat-trick on his United debut in the Champions League and was enjoying expressing himself predominantly alongside van Nistelrooy. He wasn’t a prolific goalscorer but he entertained and there was a touch of magic to it – the volley against Newcastle, deft chips, more volleys, mazy runs (notably the one at Charlton to set up van Nistelrooy); Rooney was full of enthusiasm and energy. Everything was pointing towards having a team built around this supreme talent for the next ten years.

There was of course one problem. After the World Cup in 2006, Cristiano Ronaldo morphed from a lanky trickster into a monster of a footballer. The transition culminated in the wonderful 2007/08 season, by which point this was firmly Ronaldo’s team – a side in which his role was essentially undefined and he was supported by a cast of hard-workers. Rooney (and Tevez) would be sacrificed, asked to play out of position and with specific instructions so that Ronaldo could flourish and score all the goals he did. It is forgotten but Rooney is and was an unselfish footballer but that ultimately only stalled his own development. He did not become the complete forward everyone expected. Goals continued to come for him, but his influence on games was hardly what it should have been. So much so that today he is a very good player at United but not verging into the realms of greatness like he should really be.

Did Ronaldo’s blossoming and Rooney’s unselfish nature stall and change the course of his own development as a player?

Autumn of 2010 and everyone knows what happened. Rooney asked to leave the club, questioned the club’s ambition and then ultimately signed a whopping great big contract through until the summer of 2015.

Although such a public desire to leave may have been partially a bargaining tool, any player who makes such an open request cannot really want to stay at that club. Exceptions, as ever, exist – most notably Steven Gerrard who’s just had his testimonial at Liverpool, but in the main the heart can almost never be completely given to that club in the future.

Since signing his new contract Rooney’s won two league titles and played a big part in both. He’s just three goals short of 200 for the club now and one would assume break Sir Bobby Charlton’s scoring record if he stayed a bit longer. He is at United against his will though. Having tried to force a transfer, if you then find yourself staying it is your second choice, not the preferred route. This point now whereby Rooney’s again seemingly unsure about where he wants to be should come as no surprise then and it raises a question about 2010 in hindsight. Should United have let Rooney leave, like he wanted to? If a player asks for a change of club and therefore their commitment is openly and understandably questionable, should a club ever try and stand in his way knowing that some irreversible damage is already done? 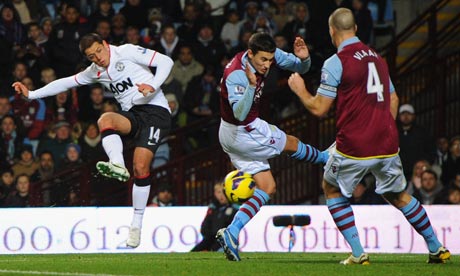