It was classed as a “rumour” for the best part of the summer, but from the last day of July it became official – Nemanja Matic is a Manchester United player. More importantly, he is the player Red Devils needed.

After a poor Premier League season, during which Bournemouth outscored Manchester United and 11 teams in total left Old Trafford undefeated, Jose Mourinho was in need of strengthening his team in key areas. Early into the transfer window, United signed Benfica’s Victor Lindelof for £30m, adding strength to the centre-back position and even before mid-July, Romelu Lukaku chose Manchester instead of London, becoming United’s second most expensive signing in a deal reportedly worth £72m.

While Lindelof’s signing made the fans ponder will the Swede be able to immediately step up into the starting XI and Lukaku’s arrival starting speculations about how many goals will he score in the coming season, Matic’s transfer was all about solutions.

As Jose Mourinho put it on Monday for club’s official website, ‘Nemanja is a Jose Mourinho player’. And rightly so, Matic will offer Manchester United everything Mourinho loves – he is a team player, has physical presence on the pitch and will offer more stability in this new United side. More importantly, Matic has the ability to immediately step into the starting XI, having spent three and a half years at Chelsea, winning two Premier League titles in the process.

The Serbian international is truly capable of improving Man United in both directions. He will be a big, 6’4” tall presence in front of the centre-backs – whoever that will be from Chris Smalling, Eric Bailly, Phil Jones and Lindelof – able to be both the shield and also circulate the ball around when needed. Yet, and this might turn out to be a more important solution, Matic’s responsible style of play will give more space to Paul Pogba to shine.

Matic should suit Pogba and Herrera

While Ander Herrera was often made to fill into the defensive midfielder role during previous season due to Michael Carrick being unavailable, he never really felt like the perfect solution for it. Herrera is a player that better works with a holder to his side, not being one himself and he could prosper from this transfer as well. Yet, Pogba is the one that gets the attention this time.

The 24-year old France international arrived in summer of 2016 as the most expensive signing in the history of football and with that tag, he did not show his best displays from his days at Juventus. Not that he did not show his best levels because of that tag, nor that he had a poor season, but Pogba never really felt truly comfortable on the pitch. He was always either too deep or too high up the pitch, wasting his energy in more areas where he was not as dangerous and useful as he could be.

With Matic, that might change. The 29-year old Serbian will offer more stability when the team is moving forwards, keeping the shape solid and compact, freeing Pogba from more defensive duties and allowing him to operate in areas closer to the opposition’s box.

Some three years ago, Chelsea fans were so enthusiastic about Matic’s performances they were ready to call him the best defensive midfielder in the world. While he is not worth that tag nowadays, Matic might just turn out to be exactly what Mourinho needs for this team to win the title in his second season at the club. 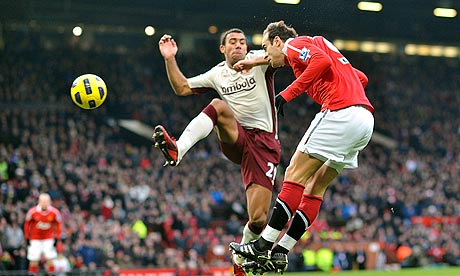