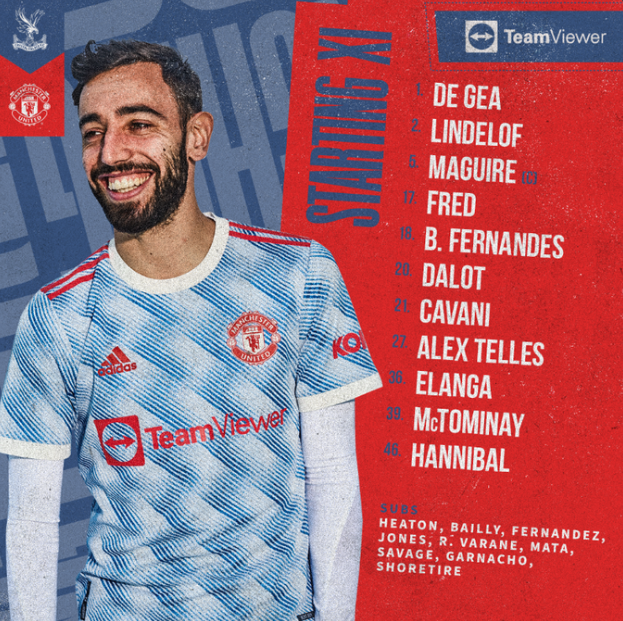 This is the final Manchester United starting lineup of the season. The Red Devils are finishing their underwhelming Premier League campaign and Ralph Rangnick has decided on his eleven players. De Gea is again in goal, while Harry Maguire captains the team alongside Victor Lindelof. Diogo Dalot and Alex Telles are the two full-backs, while the role of holding midfielders get Scott McTominay and Fred. Bruno Fernandes is back in his favourite role of a number 10, while to the sides of him will be Anthony Elanga on the right and, somewhat surprisingly, Hannibal Mejbri on the left. Up front is Edinson Cavani in what will be his final match for Manchester United.