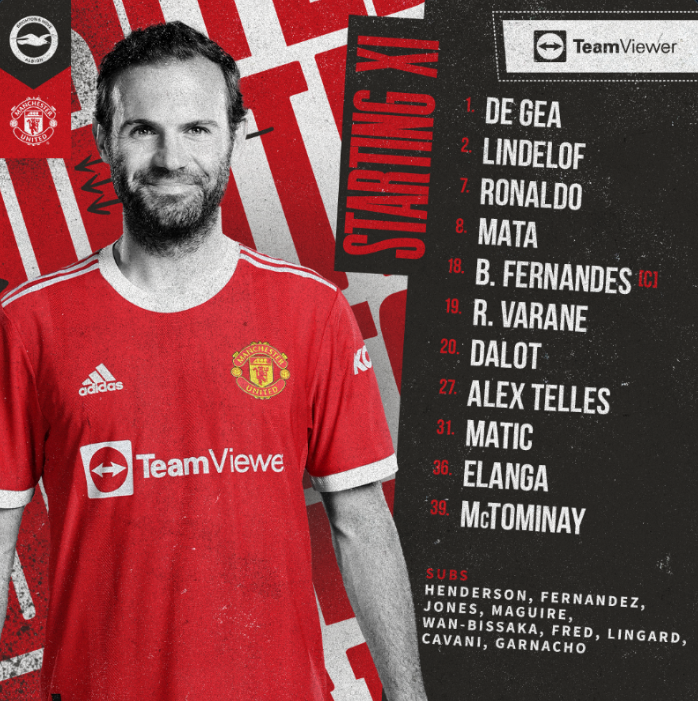 Manchester United are ready for their penultimate match of the season. Ralf Rangnick has named an unchanged starting 11, keeping the same team that defeated Brentford on Monday night. De Gea is in goal, with Raphael Varane and Victor Lindelof in front of him. Alex Telles and Diogo Dalot keep their full-back positions, while Nemanja Matic and Scott McTominay again form partnership in central midfield. Juan Mata once more goes in the number 10 role, making Brun Fernandes move to the left. Anthony Elanga is once more on the right wing following a fine performance, while Cristiano Ronaldo is the lone striker, as has been the case on most occasions this season.