Manchester United have reportedly made their first signing of the 2019-20 season. And while it won’t be a move that will probably excite the fanbase, this signing has the making of being one that will pay its dividends in a few more years.

According to several reports, Manchester United have secured the services of 16-year-old Dutch winger Dillon Hoogewerf. The talented forward – who can play on either flank – was part of Ajax’s youth squad but will reportedly join The Red Devils in the coming days. However, he’s only 16 years old so he’s not expected to take part in senior team activities any time soon.

Signing him makes sense from an Academy point of view, though. United already have some promising young players on their ranks such as Aliou Traore and Arnau Puigmal. Hoogewerf might be younger than them, but has enough quality to play for the U19 squad or even the Reserves if he adapts well to life in England. For what is worth, the 16-year-old prospect had an impressive season in Ajax with 10 goals and six assists.

An interesting prospect for the future

Ole Gunnar Solskjaer has always been a fan of young players alternating on the squad. He has given senior call-ups and debuts to players such as Angel Gomes, Tahith Chong and Mason Greenwood, among others. Hoogewerf might be far from that right now, but he has all the tools to become a star at Old Trafford given what he already showed at Ajax in the past few months.

Hoogewerf can play both as a right or left winger, and at times he’s also played as a striker. It remains to be seen what his future position will be, though. One thing is certain – he has an uncanny goalscoring touch for a wide player. Aside from his 10-goal performance this season, he also tallied eight goals in 13 caps between the U15 and U16 Netherlands national team. Don’t be surprised if he ends up developing as a fast-paced striker similar to Marcus Rashford.

It would be a stretch to think he can feature for the senior side any time soon. But this Dutch talent has enough potential ability to become a household name at Old Trafford in the future. It will all come down to his development at Old Trafford. 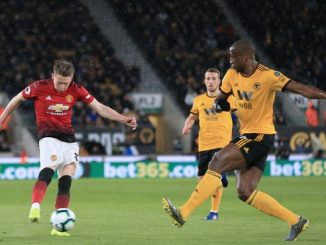