Manchester United have not been on their best form, and it seems a win for them is now mandatory. After consecutive 2-2 draws against Leicester City and Burnley, and a 1-2 loss against Bristol City on the Carabao Cup quarterfinals, The Red Devils must get back to winning ways as soon as possible. And they will host Southampton this Saturday looking to do exactly. The game starts at 17:30 GMT at Old Trafford, and Craig Pawson will be the referee.

Manchester United will be quite depleted ahead of this game, especially on the defensive end of the pitch.

Jose Mourinho won’t have Eric Bailly, as the central defender will miss around two to three months after undergoing surgery. Michael Carrick remains out, while Marouane Fellaini is edging closer to fitness and will be a game-time decision. Chris Smalling has been sidelined with a groin injury, and Antonio Valencia is dealing with a hamstring injury. Both players have been ruled out as well.

To make things even more complicated, Matteo Darmian and Anthony Martial picked up knocks, too. Jose Mourinho said during Friday’s press conference that he does not expect any of the injured players to be available on Saturday.

On the other end, Southampton won’t have Charlie Austin available due to a thigh injury. And both Cedric and Ryan Bertrand will be game-time decisions due to knocks. But the rest of the squad is expected to be fit and available.

Manchester United currently sit in second place of the English Premier League standings, but they sit 15 points behind Manchester City in the standings. The title race might be over, but it is not like United do not have anything to play for. The Red Devils have Chelsea and Liverpool breathing on their neck, and a loss could drop them to third place. Recent results from United have not been inspiring, unfortunately. They are coming off two 2-2 draws against Burnley and Leicester City. And we can’t forget they also lost to Bristol in the Carabao Cup. But one positive thing is the fact that they are riding a four-game unbeaten run in the Premier League.

On the other hand, Southampton sit in 14th place with just 19 points in 20 matches, but they are struggling badly on both ends of the pitch. They are coming off a 2-5 loss to Tottenham Hotspur the last time out, and have won just one of their last 10 Premier League matches, going W1 D3 L6 over that span. They are currently riding a seven-game winless run in the EPL, with three draws and four losses during that negative streak. And as if that wasn’t enough, they lost their best player a few days ago when it was announced that Virgil van Dijk will join Liverpool once the Transfer Window opens in January, 2018.

Manchester United won 1-0 when these two sides met earlier this season. A first-half goal from Romelu Lukaku was everything United needed to come away with a tough win at St. Mary’s Stadium.

Manchester United are not in their best form right now. But fortunately for them, The Saints have not been very impressive, either. United must bounce back from a couple of uninspiring draws, and this game seems like the perfect chance to do so. Expect them to battle through their recent woes early on, but they are expected to come away with the three points once the final whistle blows. 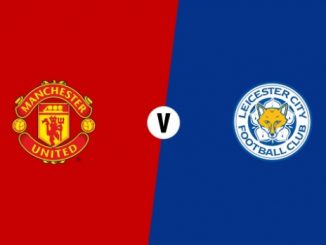