One of Manchester United’s most promising youngsters could go out on loan for the entire 2017-18 season. We are talking about Andreas Pereira, one of the biggest talents the Academy has produced over the past few years.

The Brazilian spent last season on loan at Granada, but recent reports suggest he could return to Spain. Valencia CF are reportedly quite close to acquire him. And even though Jose Mourinho does not want Pereira to leave, all signs indicate he is set to spent at least another year away from Old Trafford.

The 21-year-old has not cracked the matchday squad yet, and has been forced to settle with a secondary role in the team’s first four competitive fixtures of the season. And if we add to the fact that the competition for a midfield spot is as fierce as it has been in years, maybe a loan is the best thing if we put Pereira’s development as the main goal. He already thrived in Granada one year ago, and perhaps a move to Spain will boost his confidence even more.

No one can deny Pereira’s talent. But is he a better option than Juan Mata, Henrikh Mkhitaryan, or Ander Herrera at the moment? Sadly, no. And since his playing style does not allow him to play on the wing, he needs to fight for a central spot. And he will not send Paul Pogba, Nemanja Matic, or even Michael Carrick to the bench. With that in mind, a move to Valencia does not sound too crazy.

For what is worth, Valencia’s owner Peter Lim was at Old Trafford this past Sunday watching United’s 2-0 win over Leicester City. Even though the businessman is a football enthusiast, all signs indicate his express travel to Manchester was to analyse Pereira’s situation. Valencia want him, and Pereira wants to leave. The main trouble, however, is that United are yet to make a decision on whether to loan him or not.

Pereira has not played yet, but that could change soon. United also have the FA Cup, the Carabao Cup, and the UEFA Champions League on the horizon. Those are lots of games, and we can be sure Pereira will eventually end up featuring for the club. But it is fair to wonder this, too. How valuable would be to play five or 10 matches for United when we consider he could easily become a regular starter somewhere else? And it’s not like Valencia are a bottom-of-the-pack team, either. They are rebuilding the squad with an eye towards fighting for a UEFA Europa League berth as soon as this season.

As of now, Pereira remains a Manchester United player. But considering the transfer window shuts in the coming days, both parties need to move quickly. The sooner Pereira can find another club, the better for him. After all, right now he is at risk of becoming the latest talent that fails to crack the first team despite impressing for the Academy as a youngster. Do United really want to go through that again?

Bottom line is he needs to play, and Valencia gives him the best chance to gain consistent first-team minutes. The ball is in United’s half now. And they must think really well what they want to do. But if they are smart and protect the player’s interests, then they will agree to the loan deal. It’s the right thing to do at the moment. 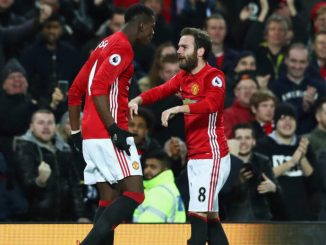