Manchester United welcome Hull City to Old Trafford today looking for their third win on the bounce, following victories over Crystal Palace and more recently, Arsenal. The visitors haven’t won a game since October 4th and have lost their last three games. Their only victory at United came in the 1951/52 FA Cup third round, when the second division side beating the hosts 2-0.

There is a suggestion that today could be the day Louis van Gaal drops Robin van Persie to the bench in favour of either James Wilson of Radamel Falcao. Marcos Rojo faces a late fitness test, whilst Daley Blind and Luke Shaw will miss the match through injury. Gaston Ramirez is banned for the match following his dismissal against Tottenham last weekend, whilst the visitors are also without Abel Hernandez who has flown back to Uruguay. Mohamed Diame has been passed fit.

We have a great view from the opposition for you below with Andy Dalton, who is the editor of Amber Nectar. We caught up on Brucey’s decision to focus on Stoke rather than Europe, relegation and if Hull City Tigers really is dead in the water?! You can follow Andy and the lads on Twitter @amber__nectar

1) So how would you sum up your season so far? Happy with progress?

Not unhappy, but it’s been below expectations so far. This was supposed to be the season we kicked on and established ourselves in the Premier League, but a recent slide has put us right in the relegation battle. Couple that with the catastrophe in Europe (of which more in a minute) and the season has been a mild disappointment so far.

2) “Hull City Tigers” – is that dead now? What are your thoughts on nutty owners and their ‘marketing’ plans? Has Assam Allam come out with anything new of late?

Thankfully our owner has kept his mouth shut lately. Quite why he persists with his insane idea to change the name when it’s doomed to failure escapes everyone – though its real motivation, a pathological hatred of Hull city council, is not a well-kept secret.

3) Steve Bruce has been in charge since 2012 – what are your thoughts on him as a manager and his playing style?

Our playing style is fine and keeps us entertained. He’s almost certainly the greatest manager in our history. But Steve, why oh why did you send out the reserves in Europe? Qualifying for continental competition may be an annual occurrence for some, and even a chore for others, but to us it was the greatest adventure in our 110 year history. Steve Bruce sacrificed it for a point at home to Stoke. And that still hurts.

4) Hull haven’t won in five games (since October 4th against Palace) – how confident are you going into the game against United?

Not at all confident. Things just aren’t clicking at the moment, and while we held Arsenal at the Emirates and Liverpool at Anfield in successive weeks lately, there’s little belief about that we can take something from Old Trafford.

5) Bruce was very critical of the officials in the game against Spurs – what are your thoughts on it?

I don’t like managers making excuses. Referees err, the same as players do – the official that day was poor, but not everything City did was perfect either. I’d sooner the manager focusses on the things he can control rather than the things he cannot.

6) Do you think you’ll be fighting relegation on the final day of the season? What teams will go down this season?

I think we’re going to be sucked in to the relegation battle, yes – we follow up our trip to Old Trafford with one to Goodison Park, then the minor relief of West Brom, followed by Stamford Bridge. That’s an ugly run of fixtures and if we’re in the bottom three over Christmas, 2015 could be a slog. I think Burnley, QPR and Aston Villa; but realistically, as always, there are plenty of candidates.

7) What have you made of United this season? Many have suggested Robin van Persie will be dropped for James Wilson – what are your thoughts on that?

It’s another transition season, isn’t it? The best Manchester United can do is improve to the point at which a few major acquisitions next summer put you back in the title frame. Van Gaal is a world class manager who you’d fancy to do all of that. As for van Persie – well, nothing lasts forever, perhaps his powers really are fading?

8) Hull City have only won once against United at Old Trafford (FA Cup 1952) – how can you beat Louis van Gaal’s men on Saturday?

Score twice. It’s seems inconceivable that we won’t concede at least once to such a ridiculously good attack, so we may as well have some adventure up front and see what comes of it.

9) Who is your most promising youngster and what transfer ins and outs do you expect come January?

Andy Robertson, our flying Scottish left-back. He’s going to play in the European Cup one day.

10) What is your all time Hull City dream team, with gaffer and three subs? 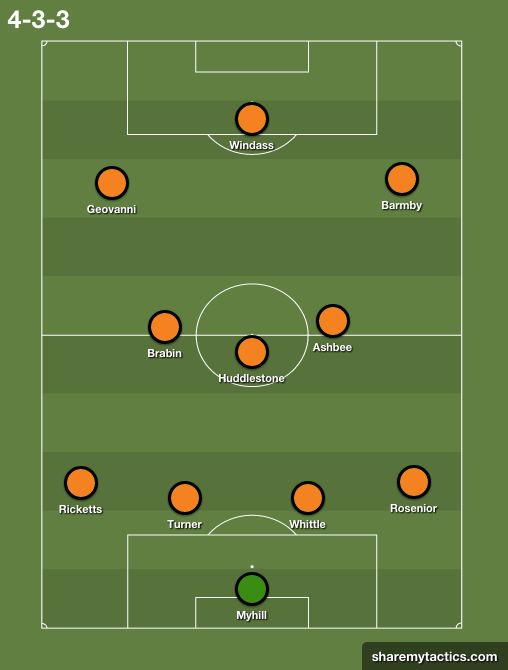