United hosted Chelsea for their third meeting this season in a third different competition. As things would pan out, both sides have two more meetings to come due to a strange game of football that really did have two contrasting halves. Rooney came back into the side as van Persie was rested – that was one of four changes from midweek for United whilst Chelsea went further and made seven. As ever, we welcome comments from both sets of fans.

Having selected seven of the Madrid eleven, notably three of the four in the midfield, there was a feeling that United might start quickly to try and firmly put Tuesday to bed. Aided by some interesting Chelsea defending, they were able to do exactly that. With Terry benched, Cahill and Luiz were paired and seldom looked comfortable together. Luiz has many admirers at Chelsea, not least because he’s a character and seemingly quite likeable but that shouldn’t detract from the fact that he’s a liability as a defender, particularly alongside Cahill who at times appears to play with no footballing brain – chasing either men or the ball with complete disregard to where his team-mates are.

It was one such occasion just minutes into the game that allowed Hernandez to cleverly loop a header over Cech into the far corner of the goal – not all that dissimilar to Fletcher’s looper years ago. It’s a shame what happened later in the game because Carrick’s glorious ball to pick Hernandez out will go largely forgotten. A gem of an assist from United’s midfield maestro – if he were a different nationality, it would perhaps have been salivated over twice as much.

Just a few minutes later, Rooney’s free kick went straight in – other moment that maybe John Terry might have dealt with more assertively. The remainder of the first half saw United squander a few more chances and Luiz try to help out along the way. There was though an air of carelessness and casualness about some of the passing though. Maybe the players thought the game was already won or other factors were at work (see next talking point) but looking back at full time, United should have killed the game off and gone in three or four ahead.

Potentially the game really turned just before half time as Nani left the pitch early for the second time in five days – on this occasion he picked up a minor hamstring injury. Once again he’d played well, linking up with Rafael and drifting in off the right. With him, United had an outlet – fresh legs and a player happy to take men on, beat them and prove a point.

That Nani was indeed raring to go after missing a lot of football over the last four months was key. Those around him weren’t really in the same boat. With 48 hours more to prepare for this game that Chelsea, cynics will say that Fergie’s wrong to cite fitness and tiredness as an excuse for conceding two second half goals and being put on the back foot; but he has a point. Chelsea brought in seven players who hadn’t started in Romania and a couple who hadn’t even travelled at all. More to the point, Chelsea have almost no players who’ve not been subject to rotation at some point this season. By contrast, Rafael, Evra, Carrick and to an extent, Cleverley, have barely had any competition.

Rafael and Evra, who both looked leggy, have played over 3,000 minutes this season – that’s nearly nine complete games more than Ferdinand who’s the next most used defender. It’s a similar story in the middle too (see next talking point). Rio and Carrick both rejected the idea that they were mentally drained after midweek and whilst neither were keen to accept that physical fatigue was an issue, they didn’t rule it out. The fact is, United have a core group of players who simply haven’t been rested enough and off the back of such a tough game during the week, having played with 10 men, potentially Fergie could have rotated the starting team a tad more.

Like both the first choice fullbacks, Carrick’s broken the 3,000 minute mark and although Cleverley is about 850 minutes behind him, he’s still played twice the number of minutes that Anderson has.

United’s midfield has had its critics and to an extent, Cleverley’s answered some this season. Even if he was poor against Chelsea, he’s had enough good games to show that he’s a good option for us to have. The issue that became incredibly apparent today was that options are few and far between. By all accounts Scholes is finished with reports of his knees in a bad state and a looming retirement; Fletcher’s future is unknown but sadly his state when he played earlier this season was rarely good enough; Giggs has shown that he’s still best used wide, not centrally; Powell’s a kid who’s still learning the position and also been injured; which leaves Cleverley, Carrick, Anderson and Kagawa.

The club still aren’t too sure how to use Shinji with him generally playing from out wide or behind a striker – not deep anyway which leaves just THREE central midfielders. There quite simply is no depth and given that Anderson’s generally not been injured, that he’s played so little is possibly a sign that the manager simply doesn’t trust him. As a result, Carrick’s been a mainstay and generally been partnered by Cleverley with others filling in when Tom has needed mini breaks.

That United will go into the summer with just three first team central midfielders should set alarm bells ringing. Even if you believe that the first xi doesn’t need improving, depth needs adding to with players of a certain standard. Whether Powell and any other younger players are ready to step up remains to be seen but one can’t help but feel our central midfield would benefit from a van Persie-esqe signing – a player at his peak who can pass on some experience to those around him. You only need to look at the 2007/08 season when United had five good midfielders (Fletcher, Carrick, Anderson, Scholes, Hargreaves) to see how much of a difference it makes – this current squad just doesn’t come close. Viable alternatives are needed and if that means Fergie doesn’t trust Anderson then he must let him go, replace him, and start again with this midfield because fatigue would be an awful excuse to use for failing to win games even if it’s a genuine one.

I’ve no desire to turn all Scouse (or certain dialects of Spanish) and suddenly make a case for Rafa Benitez but the travelling Chelsea fans and those not at the game but active online during the game appeared to be less than supportive of some of his decisions – namely that he left certain players on the bench and made unpopular subs during the game.

Naturally, Benitez is only trying to do what all managers of bigger sides do, rotate. Fergie did it too for this game, if to a lesser extent, but he also left players who’d make up a strongest starting team out the side. I’m sure many Chelsea fans are rational and wouldn’t expect the strongest side to start every single game but they seem to be demanding this off Rafa. That he has to turn to multi-million pound signings to rescue the team says more about the sub-standard quality of Chelsea’s ‘squad players’ than it does of his (in)ability to pick a team to start games. Not to mention that it’s something his predecessor also found to be a problem. Chelsea’s squad wasn’t good enough at the start of the season and it isn’t good enough now. Benitez is getting stick for many reasons but that Chelsea’s fans are peeved because the team keeps having to rely on Hazard or Mata or Oscar or Ramires to come on should not be something to criticise him for – he’s just trying to keep them fresh.

United are lucky to be in the cup at all – a first home draw of the season means a third trip of the season to Stamford Bridge awaits although no date has been set yet with a lot of fixture congestion over the next few weeks. The bright start was countered a second half of immense pressure. The tone had been set in the first half though – United were giving the ball away too much and inviting Chelsea onto them, it was pressure of their own making. Rooney and others were wasteful but fortunately Rio and Evans had excellent first halves with Evra often the best attacking outlet.

As Benitez strengthened his team, they cranked up the pressure and United suddenly looked leggy. Valencia who’d replaced Nani was at his perilous worst – one wonders how much longer the club will put up with it – whilst United only got deeper and when they broke they were generally outnumbered and lethargic when getting back. Still, for all Chelsea’s pressure and possession it took a moment of magic from Hazard to beat Hazard and then a break and clever finish from Ramires to level it up. Truth be told, Chelsea rarely got close enough to threaten more than that with United producing last-ditch defending for much of the last half hour.

In the end, it was down to de Gea that United didn’t lose. Mata’s beautiful control, trick and turn created space for a shot that from just a few yards out seemed destined to bend into the far corner but an outstretched Spanish leg produced a superb save to deny the Chelsea comeback. De Gea had actually had little else to do and although he got a hand to the second goal, keeping it out was beyond him. It caps what’s felt like a very deflating week to be a United fan but at least the double is still a possibility. An FA Cup semi final awaits the winner of this tie and right now simply having that opportunity still available is probably more than United deserve. 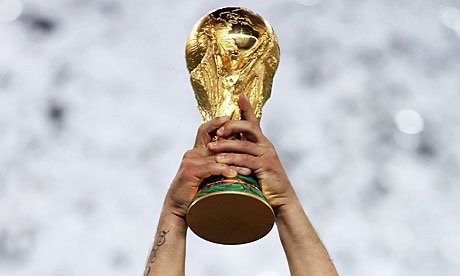 12 Comments on Man United 2-2 Chelsea: midfield frailties, fatigue and some slack for Benitez