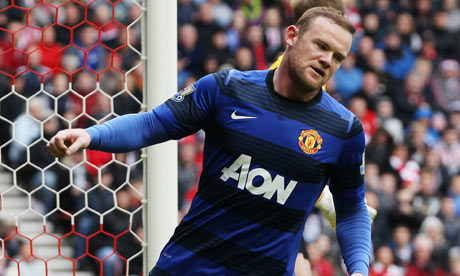 Beyond The Pitch and Stretford-End.com have come together once again to record another podcast, the eighth in the series. We have a bumper end-of-season episode this week with two special guests, Richard Kurt and Andy Green. We look back on the final weekend; discuss the club’s finances; dissect transfer rumours; and round off the Reserves’ season.

That galling final game feeling is revisited as we look back on what was a horrid day for United fans. Did we do well to get so close or did we throw it away?

Valencia cleaned up at the club’s award ceremony – we give our own hypothetical awards out in various different categories.

Richard is an author of ten Manchester United books and has been writing about the club for twenty years. Richard provides some historical, context looking back as a key towards understanding what the club might do going forward. We ask Richard about United tactically, and whether Ferguson’s sides are now too predictable – how much has that got to do with Phelan? Further topics covered include retaining youth players; midfield creativity vs. function; the post-Fergie era; the starting XI next season – with a dose of reality that our squad is actually quite good.

The Reserves season is over and they’ve won three trophies! We discuss the various award winners below the first team and talk about the departures of Ritchie De Laet and Matty James who’ve joined Leicester City. Which players could step up to the first team next season, if any?

Andy Green is a a fund manager in the City of London with 15 years experience of investment analysis and is also an advisor (on financial matters) to the Manchester United Supporters Trust, a terrific resource for getting under the issues associated with Glazernomics. We discuss the latest financial results with him as well have a general discussion about the ownership and the club’s debt – Andy does his best to break it all down into simple terms! Andy also answers a load of the questions that you’ve sent in regarding the club’s non-playing issues.

We’ve answered a lot of your questions from Facebook and Twitter on a whole variety of topics – tactics in the Champions League; how United would do in other leagues; which football league players could we see in the Premier League soon; Euro 2012 and the England squad and many more. Keep the questions coming in for next week so we can give you a shout-out and answer a few more.

To listen to the first seven podcasts, click here.

Thanks again to Richard and Andy for coming on the show. You can find Richard’s books here; and you can follow Andy on Twitter and check out his blog here. Next week’s show will have another guest joining, Andy Mitten – editor of United We Stand fanzine since 1989, European football correspondent for The National, writer for FourFourTwo, M.E.N, Yahoo, Eurosport, GQ, Sport and others. He’s also the author of 10 books.