Manchester United are coming off one of the most exhausting matches of their 2018-19 season. The Red Devils hosted Liverpool last Sunday and while the scoreless draw wasn’t such as a bad result, it was an … odd game, to say the least. With three injuries during that game and another during the week, Manchester United will be depleted ahead of Wednesday’s match at Selhurst Park against Crystal Palace. Kick-off is at 20:00 GMT.

Manchester United will be considerably weakened entering this game, as Juan Mata, Jesse Lingard and Ander Herrera suffered injuries against Liverpool and all of them have been ruled out by Ole Gunnar Solskaer. They won’t be the only ones to miss Wednesday’s affair, though. Nemanja Matic has already been ruled out, as Antonio Valencia and Matteo Darmian are, too. Centre-back Marcos Rojo has resumed training, but he lacks match fitness. Marcus Rashford will be a game-time decision, but there’s a chance he ends up playing either way. But as a result of the injuries, Tahith Chong, James Garner and Angel Gomes will all feature in this game in some capacity.

On the other hand, Crystal Palace’s boss Roy Hodgson has a fair share of injury concerns of his own. Highly-rated centre-back Mamadou Sakho did not finish the game at Leicester and will require a medical assessment. Promising young full-back Aaron Wan-Bissaka also missed the game entirely due to a hamstring problem. Martin Kelly (muscle strain) remains unavailable, while Connor Wickham and Pape Souare are long-term absentees.

Despite last week’s draw to Liverpool, The Red Devils remain on top form. They remain on the verge of a Top 4 spot but, since they fell to fifth place last weekend, a win here would be huge. The loss against PSG still hurts, but that has been the only defeat from the side since mid-December. With Solskjaer at the helm, Manchester United have already defeated Chelsea, Arsenal and Tottenham across all competitions. They also secured a point against Liverpool last week. Considering the team has performed quite well against lower sides, Manchester United should enter this one with the confidence quite high.

Meanwhile, Crystal Palace do not look like a relegation candidate anymore. Even though they’re not very far away from safety, they are still a team to watch and one that is high on confidence at the moment. They’re coming off a huge 4-1 away win over Leicester City last week, and currently sit in 13th place of the standings heading into this one. At times they have delivered impressive performances, too – many remember their huge 3-2 win over Manchester City, and their victory over Tottenham Hotspur in the third round of the FA Cup. All things considered, Palace own a W8, D6, L13 mark in the current term.

To say that Manchester United have utterly dominated Crystal Palace in the Premier League wouldn’t be an exaggeration. Both at home and on the road, United are yet to taste defeat to Crystal Palace in the Premier League era. That run already extends to 19 games. Although, the most recent meeting was a bore 0-0 draw at Old Trafford earlier this season. Meanwhile, United’s last visit to Selhurst Park finished with a huge 3-2 comeback win thanks to a late strike from Nemanja Matic.

Manchester United will be shorthanded in this game. However, they still look like the better team on paper. Not only I expect them to secure the three points, but also I believe they will dominate here, to the point that this will will likely finish with only one team scoring. Plus, United’s fringe players might relish this game as a huge chance to show the manager what they can do. Undoubtedly, a win here would boost Manchester United’s morale going forward. 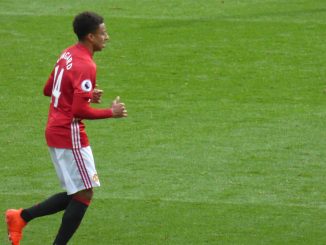