Prior to the match against Huddersfield, there has been a new kind of debate. It started after Jose Mourinho’s press conference on Friday. The Portuguese manager talked about Manchester United constantly being criticized because he is the in the dugout.

But is Mourinho right? And if Manchester United are being criticised all the time, is that necessarily a bad thing for the club?

Manchester United are a club of great history. They are the most decorated English football club and they should be under the microscope of fans and media. They have more fans than an average club and therefore they attract more attention.

However, Manchester United are still unbeaten in all competitions they are currently part of. The Reds have drawn two Premier League matches, both of them away from home and one of them against Liverpool. They are doing great in Champions League, winning all their matches so far and they are progressing through the League Cup.

So, what is the problem then? Why would Manchester United be criticized?

First of all, the biggest expectations lay upon Manchester United. They have won 13 Premier League titles only during Sir Alex Ferguson’s reign, but have failed to break into top three teams since he left the club.

Mourinho, though, could actually have a point this time. He is known for exaggerating the attacks made against him, but he is right to point out he is the problem. Because, Manchester United have been very good so far this season. There are no obvious reasons for pointing fingers towards them – they have been winning, scoring more goals than ever since Ferguson retired and matches at Old Trafford are not boring anymore.

Mourinho Got It Right

However, if “attacks” are being made against Man United because of their manager, it still does not make sense completely. Mourinho has won two trophies last season and it is very early to talk about titles in current one.

It is October and titles are not coming before February. The team is doing well in all competitions and only Manchester City deserve more praise than United, obviously. But, is it good for Man United to be criticized?

There are no rules. It can be a bad thing, if the team lets the media make the atmosphere around the squad negative, feeling uneasy about anything they do. Sometimes, however, it can mean the team want to prove everyone wrong. Sir Alex talked many times about that when he was in charge of the team. Manchester United should use anything they can to make it have a positive impact.

If media are so against Manchester United as Mourinho claims, then use that. Keep the players on their toes, make them work even harder to show everyone how wrong they were. Yes, Man United played quite a negative game of football against Liverpool. Yet, that could be a “Mourinho way” resurfacing from time to time.

It can help Man United win the long waited title. But it should not become a habit of theirs. 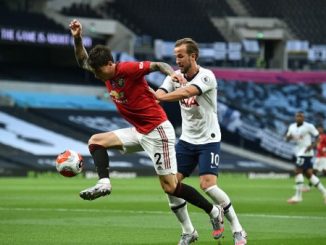 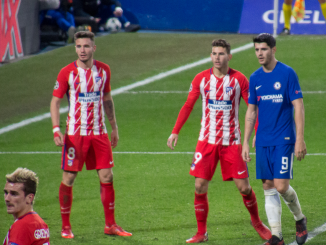