Jose Mourinho dedicated the 2016 Community Shield win to Louis Van Gaal as the 2-1 victory over Crystal Palace in May, secured the FA Cup. United beat the champions Leicester City 2-1, with goals from Jesse Lingard and new signing Zlatan Ibrahimovic. Lingard opened the scoring in the first half, before Jamie Vardy latched on to an awful backpass from Marouane Fellaini to equalise. Late on, Ibrahimovic netted the winner with a powerful header to open his account on English soil for the club.

Mourinho was quick to thank the former United manager, van Gaal, however – it was evident that the ghost of the Dutchman will linger over United for some time yet. For all of the money spent over the summer, it was local lad Lingard who opened the scoring with a brilliant solo goal to score at the same end as his superb volley in the FA Cup final. It is a big season for United’s number 14 – who will want to hold onto that right midfield berth following a breakthrough season last term.

It was indeed Louis van Gaal who gave the youngster his debut against Swansea City back in 2014 and it was the current United boss was full of praise for his predecessor:

“I have to thank Mr Van Gaal because without the victory in the FA Cup we wouldn’t be here today so I am getting a trophy for the club and the boys and the fans and myself but I’m playing this match not because I won the FA Cup, I play this match because Mr Van Gaal won the FA Cup so congratulations to him because he’s part of this.”

It wasn’t a vintage performance, however – the Portuguese will be pleased to get his United career off with a win and will be happy with the performance of new signing Eric Bailly, who received the man of the match. United are the record holders of the shield, winning the trophy 21 times since 1908.

Now all eyes will be on the Paul Pogba transfer saga, which should hopefully come to an end in the next few days when he finalises an £89 million move from Juventus. 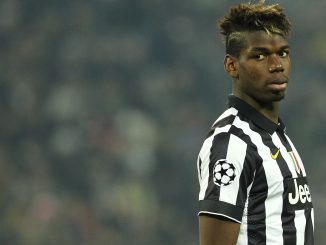 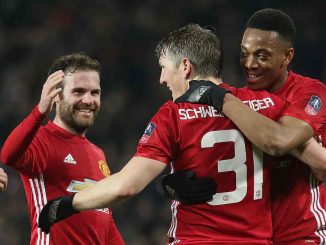