United went to Reading on Saturday afternoon knowing that Chelsea had lost, Arsenal had lost, and Man City had drawn – a win would open up a much-needed three point gap ahead of next weekend’s game against the current champions. If there was one surprise in United’s team selection, it was that Fletcher could his second league start in a week whilst the goalkeeper tombola kept turning over. Here we discuss the Talking Points from the game and welcome comments from both sets of supporters.

Seven goals in the first half

If it wasn’t for the fact that I’d been drinking for a good few hours before kick off and was in a pub with similarly merry people, I think I’d have seriously pushed myself to the limits of what I can emotionally handle. Fall behind – take the lead – fall behind – take the lead. If that happened over the course of a game you’d feel drained enough let alone a 26 minute spell in the first half.

If anything, at least United are entertaining – something that can’t always be said about them over the last couple of years. Still, you don’t know whether to laugh or cry. At least we made sure we won the game – everyone remembers only too well the last time we scored four times in the league and failed to win…

On behalf of Rafael I was distraught to see him subbed off after just 31 minutes. He’d been booked and after a string of fine performances, his opening half hour was a poor one. Still, many players have started games badly and been booked early on without being embarrassingly hauled off before half time. I can’t think of the last time Fergie did that in a game, but hopefully those with a better memory than myself will be able to shed some light on that.

The more pressing issue was that not only had Rafael been isolated too much but this is a player who has shown himself to be badly effected by blows to his confidence in the past. The last thing United need is their player of the season so far to have a run of bad games. Everyone knows Rafael needs a rest at some point soon but I still think that was a change that could have waited until half time.

The sole justification for taking Rafael off was one relating to height – Smalling offered more of an aerial presence and United didn’t concede when he came on – not that it was necessarily linked to that substitution; United worked harder to close crosses down and late on, Reading players still won headers but missed the target.

Technology and sport, hello old friend. The argument crops up every time there’s an incident, but notably less vigorously if the incident involves United in a positive manner. Van Persie’s shot in the first half was very clearly over the line but for a linesman with a blocked view, it was an impossible decision to make and so the doubt meant a goal couldn’t be awarded.

Clearly, a goal should have stood and it begs the question of whether the technology that’s already available should be used. FIFA are currently exploring it and Chelsea will participate in the Club World Cup thing with the technology; UEFA are considering it; the FA are open to it but need to work out which levels of the game have it or if it’s exclusive to just the top tier and who funds it etc.

It’s would be a very simple addition to the game that gives an instant decision and would seldom be used. Incidents that would require it are not common and therefore it wouldn’t change anything to the natural flow of the game. It’s as far as I would personally go with technology, primarily because of football’s rhythm even if the ball spends too much time out of play already. For a stop-start game, it rarely seems to have pauses that you notice. There is of course the human error side to it too – people like the fact football isn’t perfect.

Timely return to form for Young and Rooney

With a week to go until the title decider (yeah right) at Eastlands, it was pleasing to see Rooney and Young both get back into some form. Rooney’s two goals were his first in the league for 6 weeks but his general performance was that of someone who looked fit and sharp. Fergie’s often said in the past that Rooney can’t miss games, simply because he knows that he can get rusty so quickly. Against Reading he was all over the pitch, making tackles, heading balls clear but also influential in front of goal too, and set up Robin’s strike. Whilst his role may still be a tad unclear he at least seems to be more settled in what he has to do and where on the pitch he has to do it.

Young’s performance was maybe even more important. He’s a player who’s much maligned by the fans as his performances are often sup-standard. However, since returning from injury he’s seldom looked settled or comfortable in United’s newer system. With Nani injured and Valencia touch-and-go for next week, having at least one winger in some kind of form is a bonus. Young was direct, made sensible decisions, helped Evra out, and provided good deliveries into the area. One suspects he’d have had a dressing down lately for some of his showings and hopefully it’s done the trick. Some fans may never warm to him but as a squad player he does have something to offer when he plays like that.

Sir Alex Ferguson was left fuming following Manchester United’s defending against Reading from wide areas and set pieces at the weekend. In an epic first half both sides shared seven goals, but it was United who took all three points following strikes from Anderson, van Persie and a brace from Wayne Rooney. Rafael was an early substitution casualty having been booked, and was struggling with cross diagonal balls in to the box – he understandably proceeded to make his feelings known as he left the field of play. United should have gone in at half time further ahead as van Persie scored a perfectly good goal, which wasn’t given by the linesman even though the ball had crossed the line.

The second half was much more normal and United should have really increased their lead with van Persie culpable of a couple of bad misses. Late on, Reading launched a few more aerial attacks on the United goal but couldn’t properly test Lindegaard in goal. Despite playing two games less than De Gea, Lindegaard is conceding a goal 20 minutes more frequently than David (77 mins vs. 58 mins). The goalkeeping rotation appears to not be providing many answers (unless like many you think it’s just proving that David should be first choice).

Next up for United is a dead-rubber game at home to Cluj on Wednesday. Players who are unlikely to start against City at the weekend will be involved and a few U21s may be even though they had a game on Monday night (a 1-1 draw at Southampton). 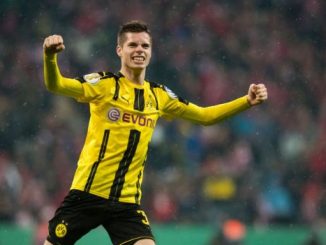 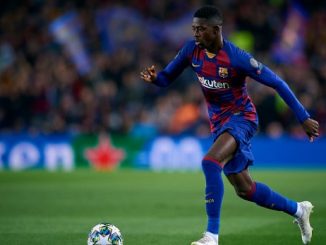