Odion Ighalo will remain at Manchester United past the expiration of his current deal with the club. Instead, the talented forward has extended his agreement and now will remain at the club until January 2021.

The 30-year-old was set to depart from the club and join Chinese Super League side Shanghai Shenhua on May 31. However, things have now changed and Ighalo will remain at Old Trafford until the end of the calendar year.

Manager Ole Gunnar Solskjaer said he was extremely happy with the news. He highlighted Shanghai’s attitude to reach an agreement that would benefit all parties involved.

“It’s been a dream for him and hopefully he can finish what he started and win a trophy with us,” said United manager Ole Gunnar Solskjaer. “Shanghai Shenua have been great towards us, allowing him to play for his dream club.”

Ighalo knows his Old Trafford tenure will eventually come to an end, though. According to a report from BBC Sport, there is no option for the Premier League club to buy Ighalo.

This move also has medium-term implications for the team. The club will go after a striker during the upcoming transfer window, but they know it’s not a “do-or-die” situation until January. Ighalo can be a good backup for both Marcus Rashford and Anthony Martial. Despite his resume, he is experienced enough to adapt into a more secondary role if the situation calls for it.

Ighalo has scored four times in eight appearances for the Old Trafford side. He was at his best in the Europa League, and his goal against LASK Linz will probably end up being one of the best goals in the entire tournament. That March 12 game was the team’s final contest before the season got suspended due to the Coronavirus pandemic.

The Premier League season will on 17 June. United sit in fifth place of the standings, three points behind fourth place with nine games left. Ighalo is yet to score a Premier League goal, but that will surely change before the season wraps up. 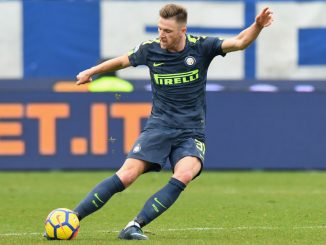