Manchester United are coming off a disappointing loss Sunday against Liverpool, but The Red Devils will have a huge chance to bounce back from an ugly defeat Wednesday when they take on Burnley. The Red Devils will host The Clarets aiming to get closer to a potential UEFA Champions League spot. They simply can’t keep fighting for the title anymore. This match will kick-off at 20:15 GMT.

Manchester United manager Ole Gunnar Solskjaer will have to deal with the long-term absence of Marcus Rashford, as the striker will be out for around six weeks due to a back injury. Paul Pogba and Scott McTominay remain sidelined until March at the earliest, meaning The Red Devils will have some of their best players unavailable for this contest. Marcos Rojo and Axel Tuanzebe have been ruled out even if they are getting closer to a comeback.

Meanwhile, Burnley don’t have fresh injury concerns and they should be close to full strength. Ashley Barnes remains sidelined with after undergoing surgery due to a hernia. Johann Berg Gudmundsson hasn’t played since the team’s win against Peterborough in the FA Cup, but there is a chance he could be part of the squad.

Manchester United enter this game on an inconsistent run of form when it comes to the Premier League. The Red Devils have gone W2, D1, L2 over their last five league matches. That shouldn’t be impressive, but at the very least they seem to be trending in the right direction since they have won three of the last six even if they are coming off a loss against Liverpool the last time out. For what is worth, The Red Devils sit in fifth place of the EPL standings with 34 points out of 23 matches. If the season ended today, they would be qualifying directly to the 2020-21 UEFA Europa League group stage. But they are six points behind a potential UEFA Champions League berth.

On the other hand, Burnley enter this contest following a 2-1 huge win over Leicester City — but that win ended a four-game losing streak. The Clarets have not looked good overall, and they currently sit in 14th place of the standings with 27 points. They sit just four points above the relegation zone, and they will do everything in their power to steal a positive result away from Old Trafford. For what is worth, they are W3, L2 in their last five matches in all competitions.

Manchester United have a clear edge when it comes to facing Burnley. The Red Devils have gone undefeated in their last 20 matches in all competitions against The Clarets, winning 12 of those matches. The last three matches between these two sides at Old Trafford have ended in draws, though.

The previous meeting between these two sides earlier this season ended with a 2-0 away win for Manchester United. Anthony Martial and Marcus Rashford found the back of the net for United.

Manchester United have the edge here if we look at the recent record, both against Burnley and in the recent matches overall. The Red Devils have enjoyed a decent season playing at home, and they have gone W4, L1 over their last five matches at home in all competitions. Burnley have the ability to make things complicated for United, but The Red Devils have a clear edge here based on both current and season-long form. The hosts should be able to secure the win here. 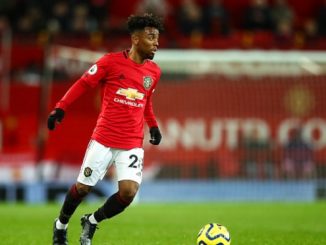