Manchester United are preparing for their 5th round match of the FA Cup which takes place on Saturday afternoon. The opponent will be Huddersfield Town and the Devils will be hoping of repeating their recent display against the Terriers as they want to reach the quarterfinals of this illustrious tournament.

Jose Mourinho talked to the media on Friday regarding the upcoming match. The most eye-catching quotes came regarding the story of Paul Pogba and the manager falling out, but Mourinho said that was “a lot of lies”. Yet, he did say Pogba’s performances in recent matches have been poor and that the manager and the player need to workout how to improve them.

One of the ways of doing that is for Manchester United to change their formation. The match against Huddersfield could be a perfect opportunity for such thing. The Devils are playing against Huddersfield, a team that is not among the toughest opposition and it is a cup match. After all, playing away from home, United could do with an extra midfielder being more defensively oriented.

This formation would probably better accommodate Paul Pogba. It has been more than 18 months now since his arrival at Old Trafford and his positional situation is still a problem Mourinho needs to address. With Pogba playing in a midfield three, he should have Nemanja Matic and probably Ander Herrera playing alongside him. That could bring a more energetic performance.

Pogba would have the freedom to roam and bring his dynamism that made him so good at Juventus. He would be the one to make those late runs into the final third and create havoc together with Alexis Sanchez and Anthony Martial.

Give Eric Bailly Some Playing Time

Finally good news regarding Eric Bailly. The Ivorian is fit and ready to play against Huddersfield. It remains unknown if Bailly is ready to start the match right away or will he enter the game later on. At this point, that probably does not matter as much. The most important thing for the centre-back is to regain his sharpness and for that he will need some time on the pitch.

Whether he will come on as a substitute is less important. We do not know if Bailly is 100 percent ready to start the match and he must be eager to play. Bailly injured ankle at the start of November and has now been out for more than three months. That means United have been forced to play 24 matches without their first choice centre-back. Now is time for United fans to finally see him in some action on Saturday.

Only two players played more minutes this season than Romelu Lukaku. One of them is among the best goalkeepers in the world, while the other one is the cornerstone of the midfield. David De Gea and Nemanja Matic are the two players, but Lukaku is playing in a very much different position.

This time Mourinho should think about giving him a rest, as the Champions League match against Sevilla is approaching fast. The manager could try Alexis Sanchez as a striker with Rashford and Martial on the flanks, or interchange them during the match. 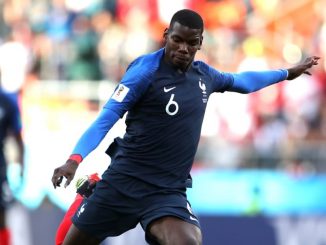