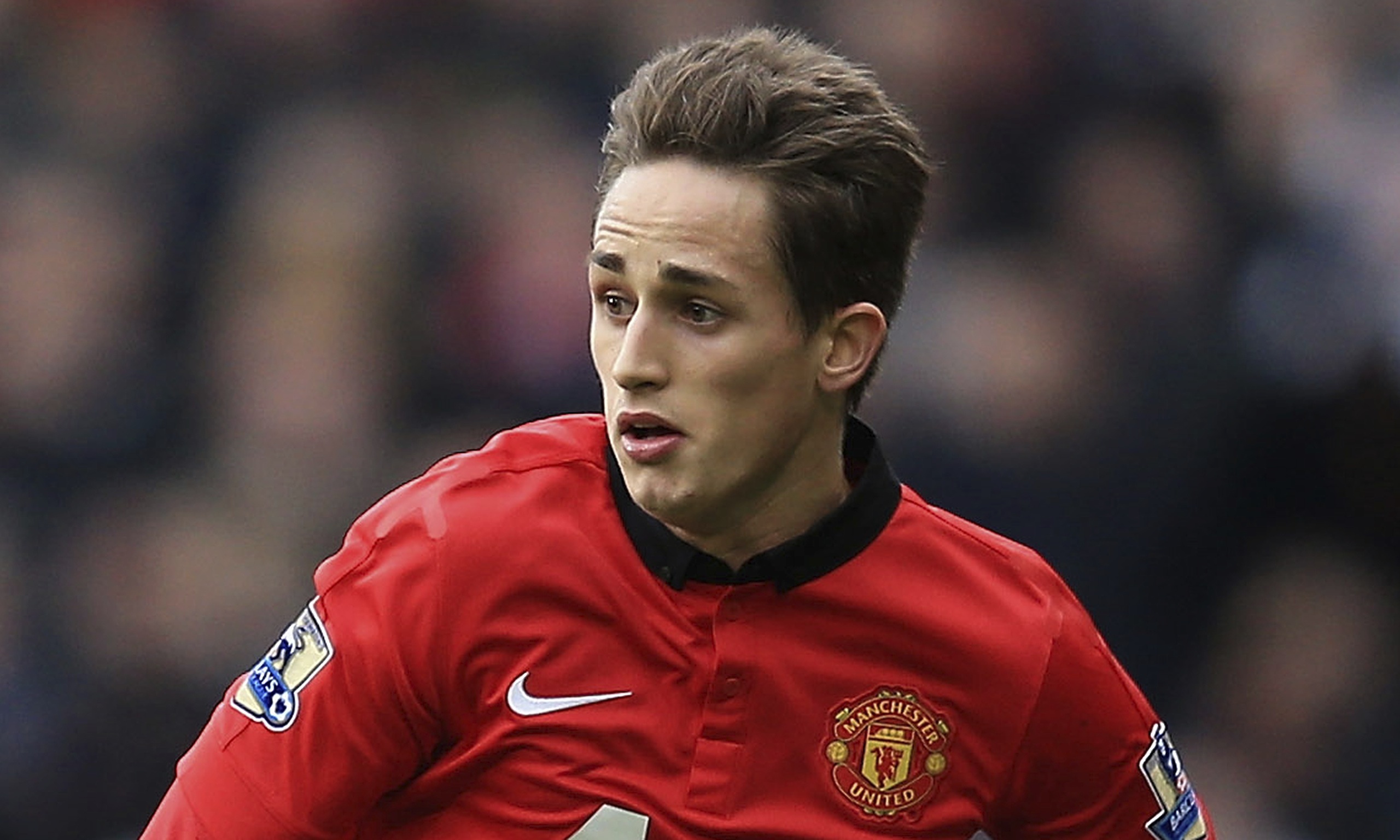 When Scott Duncan decided to enter a youth team into the Manchester League at the start of the 1932/33 season, little did he know what cultural revolution he had initiated nor what legacy he would leave.

United were a struggling Second Division team, with little money in comparison with the First Division big boys and had recently installed a new manager from Scotland who had done sterling work with Cowdenbeath primarily using young local footballers.

It had always been the vision of the then Chairman, James Gibson, to have a football team made up entirely of local lads who had come through the system. With the first team and reserves mainly made up of full professionals, it meant that United used the now defunct ‘Mid-week League’ to blood promising youngsters, local amateurs or perhaps give a triallist a game. While the likes of Manchester City and Stockport County had entered the Manchester League some years earlier, Scott Duncan was keen for United to follow suit and it was decided that the club would use the Manchester League as a breeding ground for young local talent. For the next twenty plus years, the Manchester League would form the bedrock of what is now known as the U/18’s.

1932 was a very different place to today’s modern world, but youth football has changed very little… every kid still dreams of becoming a professional footballer and perhaps one day of representing his country.

Back in those days there were no such thing as Academies, so the team consisted of teenagers aged 16-18, who had left school and were hoping for their big chance. It would be another six years, during the 1938/39 season, before local schoolboys were taken on by the club under the MUJAC scheme.

So with Louis Rocca, the United scout, busy scouring Great Britain for gifted juniors the conveyor belt was well and truly put into action. Over time the likes of Tom Manley, Jackie Wassall and others joined the club as juniors, featured regularly in the ‘A’ team and finally made it into the United first team.

One notable signing in November 1936 was Irishman Johnny Carey, who joined the Reds from St’ James Gate in Dublin when still only seventeen years old. Like most others his footballing education started in the Manchester League and within a year Carey was making his football league debut. Two months later Carey first pulled on the green jersey of Ireland for the first time, little did anyone know that seventy-seven years later Manchester United would have one hundred internationals graduate from their youth ranks.

While Carey was the first youth player to gain international recognition, interestingly for both Eire and Northern Ireland, and also captain his country, as a consequence of wartime hostilities it would be another eleven years before Stan Pearson became the second youth graduate, this time representing England.

The next notable player bursting through the ranks was Johnny Aston, who was one of the original MUJACs, joining the Reds straight from school as a fifteen year-old in 1938. Aston also holds the distinction of being the first Manchester United junior to play in the World Cup.

Over the next ten years, as Busby, Murphy and Whalley built the youth team’s reputation, primarily through the clubs FA Youth Cup exploits, hundreds of juniors joined the club from all parts of the country as the Busby Babes dominated English football. In 1955 the wonderful Duncan Edwards became the 8th youth representative and the youngest ever player to represent England while still only 18 years-old. Four years later, Tommy Hamilton became the first United junior to play for his country having not actually made it into the first team when he lined up for Ireland against Czechoslovakia at Dalymount Park.

By the mid-1960’s international football started to change and rules were being relaxed by the F.A. allowing Shay Brennan to become the first player to represent his country based on the ‘parentage’ rule. Although born and bred in Manchester, and having also been included in England’s 1962 preliminary World Cup squad, Brennan donned the green of Ireland, the home of both his parents to become our 25th representative.

Meanwhile, 12,000 miles away in Australia, Stan Ackerley was being called up into the Socceroos World Cup qualifying squad having emigrated down under some years previously. In late 1965 he became the first youth player to play for an ‘adopted’ country. Ackerley would go on to captain Australia and collected twenty-seven international caps.

Another Australian, Ray Baartz, came over to England on trial, was offered a contract and developed though the youth system in time honoured fashion. Upon returning to Sydney he followed in Ackerley’s footsteps and became the first United youth player outside of Great Britain & Ireland to play for his country.

As the Swinging Sixties drew to a close, Don Givens added a further nuance to our history by becoming not only the 30th graduate, but he actually played for Ireland in a full international before playing in the United first team. Although rare at the time, this trend has continued up to the present day and is now par for the course with many big clubs.

The 1970’s saw the likes of Brian Kidd, Sammy McIlroy, Brian Greenhoff, Jimmy Nicholl, David McCreery, Jimmy Rimmer and Arthur Albiston all join the list of internationals but it wasn’t until 1982 that records were being broken again.

This time it was Norman Whiteside, the 41st graduate, who hit the headlines when he was called up into the Northern Ireland World Cup squad, just a month after his seventeenth birthday. Whiteside still holds the record for the youngest ever World Cup player. Other notable internationals from this decade included Mike Duxbury, Mark Hughes, Clayton Blackmore and David Platt.

Number 50 on the list and fifth youngest international youth graduate overall was Ryan Giggs, however, football truly became a global game during the late 1980’s and early 1990’s as United’s scouting net started to fish in international waters. Mark Bosnich (Australia) and Jovan Kirovski (USA) all joined the club while Jonny Rodlund became the first youth ‘Olympian’ when he turned out twice for Sweden during the 1992 Olympic Games.

Interspersed with the ‘Class of 1992’ were youngsters like Mike Rowbotham (South Africa), David Johnson (Jamaica), Paul Sixsmith (Malta) who were either using the parentage rule or residency to gain international recognition.

Gary and Phil Neville (56th and 59th) also became the first set of brothers to play international football, a feat repeated by Jonny and Corry Evans over a decade later.

One of the strangest international debuts came in 2001 when a loophole in the qualifying process allowed British players to turn out for the Cayman Islands. Thus, Salford born Jamie Wood, who was turning out for Hull City at the time, tasted football at the highest level, not at a World Cup but in the balmy and exotic Caribbean becoming the 69th graduate.

The influx of foreign juniors continued throughout the 2000’s and the likes of Giuseppe Rossi and Gerard Pique (82nd and 83rd) both made their mark at the highest level and the Manchester United Academy started to produce international footballers as easy as shelling peas.

Johnny Gorman, our 85th graduate, became the first player to progress through the Academy proper to reach international distinction without having actually signing a professional contract. Although featuring in both the U/16’s and U/18’s in 2009 he elected to join Wolverhampton Wanderers and made his debut for Northern Ireland whilst with the midland club. Gorman became the third youngest United junior to play for his country when he lined up against Turkey in May 2010 still only seventeen years-old.

In 2011 four players forced their way into England reckoning, the first time in many years as Danny Welbeck (89th), Fraizier Campbell (92nd), Tom Cleverley (93rd) and Ryan Shawcross (96th) were all capped for the Three Lions.

Then last year Danny Higginbotham stepped onto the stage. After making his debut for United back in 1998, Higginbotham made over 400 first team appearances for a range of clubs and was about to call it a day on a fine career when an opportunity to play for Gibraltar materialised. FIFA had finally recognised the tiny island as an independent body and thus they could play international football for the first time. Higginbotham qualified through his maternal grandmother and had the honour of leading out his adopted country for their inaugural international match against Slovakia in November 2013. Our 99th youth graduate was also the oldest, turning out when 34 years and ten months old.

So finally the big question was who would be the Reds 100th youth graduate. Many names were discussed such as Tom Lawrence of Wales who had recently been given his first team debut. Others like James Chester (Wales), Conor Devlin (Northern Ireland), Nick Ioannou (Cyprus), Luke McCullough (Northern Ireland), and Adnan Januzaj were also favourites.

With so many youth call ups it was merely a question of dates. Belgium had arranged a friendly match against Luxembourg on the 26th of May and so Januzaj, a recent call up into Belgium’s World Cup squad became ‘odds on’ to take the honour. Manchester United youth history was duly made at the Cristal Arena in Genk on Monday 26th of May when the young Belgian came off the bench to make his international debut.

Our history is rich in its achievements. Those achievements have been attained with a culture of youth at its core. The likes of Roger Byrne, Bobby Charlton, Johnny Giles, George Best, David Beckham, Paul Scholes, Darren Fletcher and many others have been integral to developing and maintaining that culture.

While Manchester United are top of the youth production table in Britain, and certainly streets ahead in the development of international footballers, it is hard to compare our record against that of other notable European sides. Research undertaken to date suggests that United may even be the best producer of international talent globally with only Ajax on par with the Reds.

It is perhaps fitting that our 100th international should be an outstanding talent who has recently signed a new five-year contract and has supporters standing on the terraces in excitement.

Long may the production line continue, and while every future international may not have the career of Bobby Charlton or Ryan Giggs, to have so many players come through our system is something to be proud of.

Here’s to the next one hundred!