What has David Moyes got planned for the likes of Fabio who went out on loan last season?

Every summer, football fans look to gossip columns, people who claim to have contacts, and repetitive sporting TV for clues as to how their team is going to be strengthened. For David Moyes, signings will no doubt be a big part of his summer but he’ll also have to make decisions on some of the more forgotten and unknown players.

Last year: He went out on loan to Hull City in the Championship before being recalled early at the turn of the year. He played nearly 20 times for Hull but a string of poor performances saw him replaced by Stockdale, also brought in on loan, and he returned to United. He spent the remainder of the season playing games for United’s U21s and providing back-up for the first team.

Verdict: His talent has been obvious for years but the regular football he needs isn’t easy to come by. At 23 another Championship loan would seem silly so he could be looking at being back-up to de Gea should Lindegaard feel he can be the number one goalkeeper elsewhere. Failing that, if Ben’s happy to be third choice at United then there’s a space for him but one suspects now’s the time to make a big decision.

Last year: On paper a loan to QPR seemed a wise move with opportunities at both the right and left back positions likely to be plentiful. However it soon became apparent that the calamitous Bosingwa and very average Traore would be the favourites. With Fabio in and out the side, injuries hit him, as they forever seem to do. When he did play few would suggest he stood out but then no one in that side did. One performance against Spurs and Bale in particular does stand out as being exceptional though.

Verdict: Undoubtedly there’s a space for him at United with no natural back-up for Rafael and plenty of question marks still surrounding Buttner. It’s easy to forget he once started a Champions League final and having seen Rafael’s development, similar hopes still remain for Fabio. If Evra does leave as the pursuit of Baines suggests, then he may feel he has a good shot at the left back position himself. Hopefully he can stay fit and make a mark on the first team.

Last year: His impressive progress aided by a growth spurt saw two league cup starts and numerous impressive performances for the U21s. A loan with Leicester City was arranged in 2013 and Keane became first choice centre back, forming a good partnership with Wes Morgan that saw Leicester reach the playoffs – he even scored a few big goals, notably against Cardiff and Leeds. He made his debut for England’s U21s and was part of the United U21 side that won the title.

Verdict: He’s on the right path and another loan would seem to make sense, maybe to a Premier League club if there are any takers. Should an injury crisis hit the first team again, it’s unlikely he’ll find himself behind Wootton in terms of back-up any longer.

Last year: The pre-season tour allowed him to play with some of the first team defenders and he did his reputation no harm. Along with Michael Keane he played a few times for the first team but was more inconsistent. Only experience kept him above Keane in the pecking order. A second loan to Peterborough followed in 2013 but was cut short by injury as his season ended early.

Verdict: Quite simply there are too many players ahead of him now and at 22 it’ll be the right time for Scott to probably get a good Championship move. It wouldn’t be surprising if he replicated Robbie Brady last year and went out on loan for the first half of the season before getting a move in the January window.

Last year: Like a few of the younger players, he went on the pre-season tour and made his first team debut in the League Cup. He was praised for his performances whilst on a short loan to Barnsley and then became a key member of the United U21 squad as he produced some of his best football for a few years.

Verdict: There’s something about him that fans seem to like – maybe the commitment or midfield crunch that the first team badly lack. He’s not necessarily ready for such a jump so it could be another smart loan that suits him but with Scholes retired and Fletcher’s situation unknown, places are up for grabs.

Last year: Having signed a new contract and stayed injury-free for a while, his progress was to be closely watched by expectant fans as hype inevitably rose. Quite evidently the United U21 captain was too good to be playing reserve football and a loan in the new year with Scott Wootton to Peterborough was arranged. Within a few appearances he’d won over doubtful Peterborough fans and scored one of the goals of the season before injury cruelly halted his progress.

Verdict: There remains every chance that Moyes may give him a first team squad position given that United appear to be on the path to increased possession football given the players brought into the first team over the last few years. Injuries have meant he’s a few years behind where he should be but he can seek inspiration from Cleverley to know you’re never too old. Hopefully fitness and a good loan can kick-start his season.

Last year: Another forgettable season in many ways for Fergie’s strangest signing. His performances for United’s U21s remained erratic and Rio Ave provided a route out with a loan from January onwards. He held a first team spot for them and scored a couple of brilliant goals but by no means set the world alight.

Verdict: Cash-strapped Sporting Lisbon were said to be interested in him but as it stands he’s heading towards an unbelievable fourth season with the club. It’s impossible to see a realistic future for him at United but then again it seems hard to know who’ll buy him.

Last year: As is so often the case with Kiko, it was a season that started with promise and a great goal record for the U21s. In January he moved on loan to Stuttgart but found opportunities hard to come by and picked up an injury – Stuttgart declined to sign him permanently.

Verdict: Ferie always maintained that there’s talent there and I agree but he’ll be 22 next month and he won’t be getting in the United first team any time soon. With one year left on his contract United should let him go permanently and hopefully he can kick-start his career elsewhere.

Last year: New to English football he was kept away from the first team and spent the first few months with the U21s scoring a few goals in a handful of appearances. In January a loan to Wigan sounded good but he became all too familiar with the substitutes bench.

Verdict: Despite not playing much competitively last season, he’s received loads of praise from Wigan staff for his attitude, work-rate and desire to learn. He himself says he’s grown up a lot and is a better player for the loan. A similar scenario could be in place again this season but with more competitive football, assuming Moyes doesn’t think he’s ready for the first team yet.

Aside from the players returning from time away from the club (and that includes Sam Johnstone who’s not been forgotten) there are a few players who are teetering between the first team and the U21s. For Marnick Vermijl, the most consistent of the U21 players, a loan beckons but then again he may feel that with Varela brought in he’s still some distance from the first team and therefore may prefer a permanent move. Vermijl of course would be a more than adequate back-up for Rafael but that requires the staff to put faith in him.

Other players such as Powell and William Keane may be hankering for loans. Powell so he can get regular football to help his development and Keane so that after a year out he can ease back into the game but at a competitive level. Januzaj’s likely to continue his rapid development around the fringes of the first team whilst Lingard and Cole provide intriguing problems. Sending them on loan isn’t straightforward due to their specific styles of play – many potential clubs wouldn’t suit them. I actually wouldn’t be averse to Cole in particular being part of the first team; there’s something about him: calmness in possession; creativity; doesn’t hide from a tackle; and scores goals. I think Cole could surprise a few people!

With quite a small U21 squad one suspects most of the talented young’uns will have to make do with pre-season with them rather than the first team. However, Moyes’ pre-season tour squad to be announced in the next week or so should have a few hints as to what the future holds for a few of the aforementioned players. 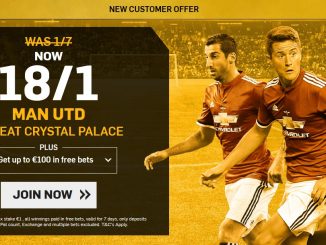 4 Comments on What’s Moyes got planned for United’s fringe players?