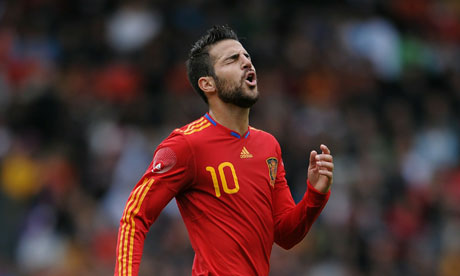 Manchester United have had an eventful couple of days. First of all, hattrick hero Thiago decided to scribble out David De Gea’s message and head for Bavaria where he will link up with his old mentor Pep Guardiola. No sooner were reds infuriated with themselves for spending so long on reading up on the fact that he is the son of Mazinho – the man who missed a laughable chance in the 1994 World Cup final – attentions were turned to pizza throwing snotty nose ex Arsenal captain Cesc Fabregas, a glorious playmaker who would be a wonderful signing, especially for the generous £25million reportedly bid by the English Champions.

Then, there is Wayne Rooney – the man who looks destined to not be playing at Old Trafford this season. Here we take a look at the last couple of days and what the future could potentially hold.

What is most concerning is the order that Rooney felt these two emotions. Was he angry after hearing comments by the United hierarchy and then confused as to where he is at in his career, or the more worrying was he confused about something and angry because he couldn’t solve it. I too know how he feels. Recently, I was angry and confused at 5 in the morning bumbling my way back to my tent from Arcadia at Glastonbury. That surely is a reason to be confused and angry?

Wayne Rooney is an exceptionally gifted footballer and he has been an excellent player for Manchester United. His selflessness, on the pitch, allowed the likes of Cristiano Ronaldo to have a free role, as United went on to win domestically and in Europe. His goals… from that Newcastle volley to the Portsmouth chip to the strike against Norwich City last season, he has an abundance of class.

But with those glorious pieces of skill, comes the other side of Rooney – which has seen him get in a spot of bother in his private life, but for United fans, his decision to hand in a transfer request in the Autumn of 2010 was the beginning of the end for United’s talisman. The season previous he was in devastating form, notching up two in the San Siro before opening the scoring against Bayern Munich. He then turned his ankle and United slumped to a 2nd place finish and Rooney looked out of sorts representing his country in the summer.

You would have expected him to bounce back after being United’s best player by a mile in 2009/10, but he went the other way. Transfer request, new contract signed, a stint at Nike HQ and fined for swearing at a camera. United won the Premier League and reached the Champions League final, losing to a brilliant Barcelona performance. Not quite a team that lacked the ambition as Rooney had naively stated a few months previous. Fast forward two years, following that title win, and Sir Alex Ferguson was to bow out with another championship win, his thirteenth in all. In between the celebrations of the gaffer’s final home match, was it the comments that “Wayne Rooney had handed in a transfer request” the final parting shot at a player he once guided and moulded, who no longer carried that figure of invincibility.

With Ferguson gone and Rooney earlier in the summer stating that “he did not hand in a transfer request” the all new powers that be at Old Trafford appear to have little sympathy with United’s fourth all time top goal scorer. Edward Woodward, who took over from David Gill, suggested that the club “weren’t afraid to let a player’s contract run down”, whilst David Moyes went one step further and indicated that Rooney plays second fiddle to United’s leading scorer from last season, Robin van Persie.

This must of course rattled Rooney, a player who would have had his ego stroked since he was a child. No one wants to play second fiddle and as Rooney’s statement read, he feels that he doesn’t have anything to prove. Perhaps the time has come to go separate ways. But a rejuvinated and, dare I say it, angry Wayne Rooney could prove to be exactly what Jose Mourinho’s Chelsea need. One thing we do know, there isn’t anything wrong with his hamstring!

Cesc Fabricated: A clause for concern

First of all, if you’re expecting any transfer developments or insight, then forget about it! Quite an optimistic assumption by you for a blog, no? Anyways, United’s £25million bid is real and we are all awaiting what the Catalan club have to say. What I want to raise though is my annoyance at how much the “clause” is now branded around as if the document is in some 1993 Lee Sharpe folder above your desk at home. The contract clause.

Yes, everyone knows the clauses that are in a footballers contract. Wayne Rooney has a clause that doesn’t allow anyone else to come to the club and earn more money than him, whilst Cristiano Ronaldo has a clause that doesn’t allow anyone to look him in the eye (both of those may not be true). That Rooney clause was branded around when United failed in their attempt to sign Sneijder. Many heard – from somewhere – that Sneijder wanted too much money and therefore remained in the city of Milan. I read it in a few places, but would never use it in a discussion with someone about football as, I have no idea if its true or not.

Likewise with Fabregas, its widely reported he has a clause in his contract, which allows Arsenal first option on the player. This of course could well be true, but most berks branding that around on message boards, newspaper comments and social networks have only read that second hand. If we do indeed drill down on the articles posted in September 2011 regarding Fabregas’ transfer from Arsenal, we see the Mirror claiming a £135 buyout clause has been added, The Daily Mail indeed claim that Fabregas requested a buy back clause in his contract and The Independent discuss a 50% sell on fee if indeed Barcelona did sell him. Remember, we never know what goes on behind closed doors – remember Newcastle bidding for Wayne Rooney on transfer deadline day 2004 to get the deal going?

I have no doubt Arsene Wenger would have tried to negotiate a deal whereby the former skipper could return to London should he be surplus to requirements, but to assume the Arsenal boss will simply take it up to please the montage loving, Sky Sports obsessive fan who has never stepped foot inside The Emirates or Highbury (for that matter) who would hate to see another one of their captains line up at Old Trafford.

Arsenal appear to be locked in talks with Liverpool over the raving lunatic that is Luis Suarez, so their summer budget could be spent there. Fabregas on the other hand has gone on record that he’d only play for the London club again, so we’ll wait and see. Most reds assumed Guiseppe Rossi (who has since moved onto Fiorentina) had a buy back clause in his contract. He may have done, I wouldn’t know.

It goes without saying, Cesc Fabregas is a wonderfully gifted player and would be a great signing for United – it goes without saying. He can operate in a two man midfield alongside Michael Carrick, or would flourish even more so in a three man midfield, breaking to support Robin van Persie. But then United have been linked with Fellaini – you just don’t know. You see players that impress you, like the boy at Dortmund – Gundogan – and you leave it in the capable hands of the manager, don’t you?

What to expect from the transfer kitty

We’ve put together Manchester United’s net spend since the treble winning season in the following chart: (click to enlarge) 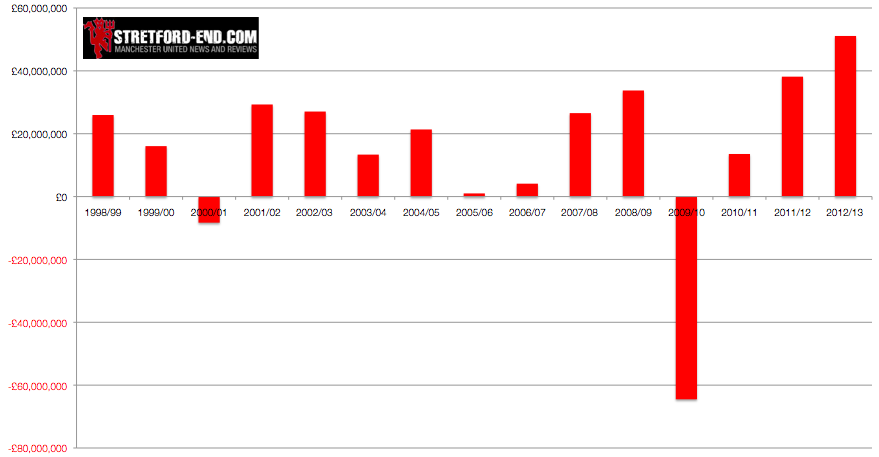 If you’re looking at what the average net spend was over the years, check this out: (Zaha included within 2012/13 fees)

The Ronaldo sale of £80 million distorts the values somewhat due to world record fee, however – if Wayne Rooney does indeed leave this summer, expect United to demand a £25 to £30 million transfer fee for some more distorted figures. So, please drop into the comments section your thoughts on who will be coming and who will be leaving this summer.

8 Comments on Manchester United transfer round up: Rooney, Fabregas & Thiago