Last Monday, Juventus were confirmed as the final club to make up the 24-team strong NextGen Series for 2012/13. A total of twelve countries are represented with six sides coming from England, and yet, United aren’t one of them.

Designed to somewhat mimic the Champions League, the NextGen Series is an U19 club competition with sides first competing in groups before entering a knockout stage. Games are played both home and away (group stages only); often at the stadium of the various first teams allowing for larger attendances and adding more of a ‘proper’ feel to the competition. Inter won it last season, beating Ajax on penalties; whilst Liverpool came third.

With the possibility of coming up against some of Europe’s best youth sides and players, why haven’t United entered the competition?

The first thing to consider is that U19 is an awkward age group. Academies in England are for U18s so a group of U19 players wouldn’t typically train together. At United for example, whilst the bulk of the core Reserves players may have been eligible; they’d have to have dug quite deep into the Academy to make up the numbers – using players who probably aren’t ready to compete at an U19 level yet. Because the age bracket doesn’t match the English structure, getting a balanced squad together is tricky.

The next, and pretty important issue, is burnout. Young players often are full of energy and keen to play as much as possible, but whilst they grow and their muscles develop, they aren’t able to play as much as grown men (not to mention that they’re more susceptible to muscular injuries). Last season the Reserves played 32 games and the Academy 34 – with the potential of a further 9 games in the NextGen Series, there’s the possibility that a youth player could play over 120 competitive games before they become ineligible for the tournament.

One could argue that United have the option of following the lead of other clubs and withdraw from the Reserves league or competitions such as the Manchester Senior Cup. However, this still doesn’t account for the fact that at the moment, United already take part in international tournaments throughout the season – from the Milk Cup to the Dallas Cup to the AEGON Future Cup etc. United are already competing against not just some of Europe’s best teams, but some of the world’s elite youth sides.

In order to enter, Ferguson will need to be convinced it’s the right thing to do. He’s spoken out in the past saying that he’d rather United observed the competition from afar before committing to it. He fails to believe it’ll have a long-term place in the football calendar and he’s still a big admirer of and believes in the current domestic system. He does have a point – United have never found the current system to be anything like a hindrance. The club’s record at bringing players through suggests that actually little needs to be changed. As important, is the fact that the majority of games played by these players in the future, will be against English sides rather than continental teams. Learning how to play against continental styles is important, but it shouldn’t overlook the fact that familiarisation with English styles is surely more of a priority.

The NextGen isn’t all doom and gloom of course. The streaming of games by the tournament organisers and various clubs brings youth football to many more people than in the past. The flip side to that is hype. Unnecessary excitement and pressure on young footballers is rarely a good thing with many a ‘next Giggs’ failing to make the grade long-term. In fact, there’s the possibility the tournament could make the U19 transfer market even more volatile with fees and wages only further inflated.

Fans of teams who have witnessed their clubs taking part have had only positive things to say about the tournament. The football was often played to a high level and players seemed to enjoy the responsibility of feeling like they were competing in an important tournament. You can fully understand why some United fans are miffed about the club’s non-entry. The opportunity for players to be exposed to somewhat more regular foreign technical football as well as get the experience of travelling to Europe for matches is something that cannot be taught to young footballers.

Despite the positives, you can completely understand United’s decision to observe the competition before committing to it. The club have a tried, tested and trusted formula for developing young players and research the additional competitions that they wish to enter, thoroughly. For now, the NextGen Series remains just an interesting spectacle for United and their fans. However, if the competition lasts and United reconsider which tournaments they’re entering, then in the future United may well enter the competition. 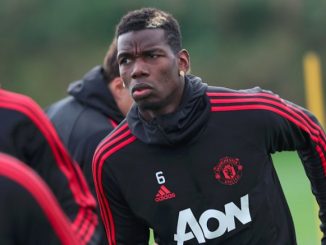