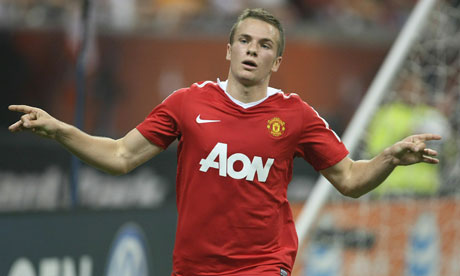 657. The number of people who turned up at Moss Lane last night to watch the Under 18s, the Academy side beat Newcastle 1-0 in a dominant fashion that the scoreline doesn’t really suggest. Altrincham’s stadium isn’t half as hospitable as Old Trafford and you can feel the weather on a cold night, but this team deserve more support than that.

It was whilst reading an article today by London-based journalist, John Cross, that I realised I felt a bit proud. The article talks about the need for clubs in the Football League to be protected as Premier League teams poach talented youngsters. Catastrophically, Cross tells us that Hereford and Morecambe have had to scrap their Academies altogether.

There is this perception, this idea, that big clubs like Man United, Chelsea and Liverpool (who’s going to be the first to tell me Liverpool aren’t a big club!?) no longer produce home-grown local talent. To an extent this is true – there has been a lull in young local talent coming through from these clubs; however this year Kelly at Liverpool, McEachran at Chelsea (although he was born in Oxford he’s been with Chelsea since he was eight) and Cleverley/Welbeck at United (although out on loan) have all made big strides in their development and impact at the top level.

The attendance last night at Moss Lane was disappointing. Chelsea played Arsenal in the 4th round of the competition and sold out all the seats they made available at Stamford Bridge – circa. 7,500. It was even more disappointing given the number of local players in the team. Of the XI that started the game, 6 (M.Keane, Thorpe, Blackett, Cole, Tunnicliffe and Morrison) are local lads from the Manchester area. Jesse Lingard is from Warrington – not all that far away; whilst Sam Johnstone is from Preston, just a bit further away. The remaining three are foreign purchases – Fornasier, Pogba and Van Velzen. It’s feasible that if William Keane was fit, he’d have started making it 7 players from the Manchester area.

It’s encouraging that many fans who wouldn’t have paid much attention to anything beyond the first team are starting to take an interest. Twitter has certainly helped with Nick and more recently Ian and Tony in particular sharing their passion for the Reserves and the Academy with other fans (I too hope I’m doing my bit to share my passion along with various club employees who are on Twitter). United have a proud history when it comes to youth football, having won the prestigious FA Youth Cup a record 9 times – no club has brought through more players from the Academy into the first team either.

With so many local players performing well and representing not just the club but their specific areas of Manchester, it’s sad that attendances are poor. The next round match is away at Liverpool (probably at Anfield) and it would be amazing to have as many as possible make 35 mile trip to enemy territory. If we beat Liverpool the semi-final is a two legged affair and by that point the club will hopefully have the home tie at Old Trafford where it becomes inexcusable if whatever allocation of seats is made available isn’t sold out.

Many fans will be aware that after a few barren years in the production line, this is a very talented group of players. It’s time for United fans, and those in Manchester in particular to get out and back the kids. We should be proud that we lined up with 8 players born within 25 miles of Manchester (9 players if you include Will Keane who’d have surely played). By comparison, when Chelsea played Arsenal in the 4th round – Chelsea had only 4 players from London whilst Arsenal had 5 (and London is bigger than Manchester!).

Manchester United and the local areas are still producing talent, we should support them with the same pride that many of us have when talking about the class of ’92. It’s what stands United apart from our rivals today – having that local representation in the first team. It doesn’t matter where you’re from as a fan, the pride in producing local players should still be the same. If we want to continue having that one element that fans can still relate to in the club, we should support it at a grassroots level too. 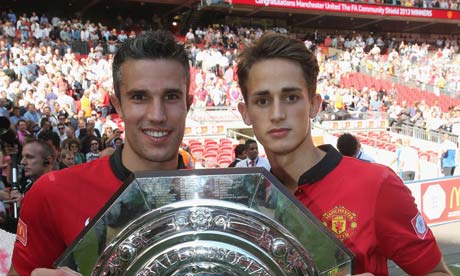 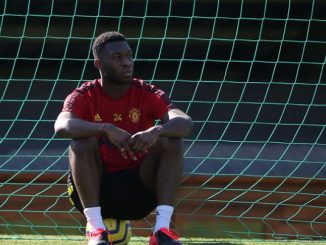