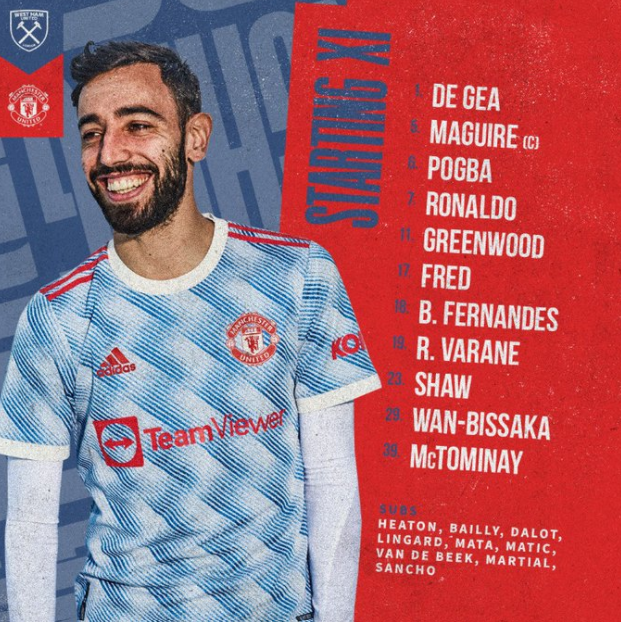 It is time to get back to winning ways. After the Champions League loss to Young Boys, Manchester United are ready for new Premier League challenges, as they visit West Ham United in London. Ole Gunnar Solskjaer has chosen his starting eleven and it is a very strong one. Harry Maguire captains the team alongside Raphael Varane, while Aaron Wan-Bissaka and Luke Shaw make the full-back partnership.

Fred and Scott McTominay will patrol the midfield, Paul Pogba will be playing on the left flank, with Mason Greenwood taking up the opposite side. This is intersting, because Jadon Sancho will start on the bench, with Bruno Fernandes starting in the number 10 role, behind Cristiano Ronaldo.