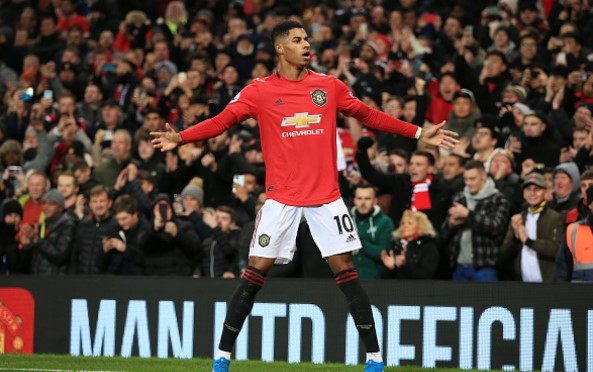 Manchester United have done something they have been almost talking about since March 2019. They have defeated Paris Saint-Germain in France yet again. Last time, it was that match that made Man United keep Ole Gunnar Solskjaer as their full-time manager and now, just when everyone started susspecting the qualities of the Norwegian, his team did brilliantly to beat last season’s Champions League runners-up. In the end, a 2-1 win was much less lucky than the 3-1 shock 18 months ago.

Yesterday, we spoke about four things we learned immediatelly after watching the game, now we will talk about some underlying numbers we wanted to point out.

Here we usually talk about chance creation and expected goals and we are not trying to undermine the creativity from United in this regard. They ended up with 1.6 xG to PSG’s 1.2 xG. That might be a slight overperformance in the end, where the Devils scored two goals, but it is actually a normal thing in a one-off match. Man United just about enough to score twice and that is what they did, especially considering one of those two goals was from the penalty spot.

Also, they did this away from home and also managed to keep PSG at just 1.2 xG, a team with the likes of Neymar, Kylian Mbappe and Angel di Maria. That is some feat.

Fernandes Shows All Round Game Once More

We have spoken recently about how Bruno Fernandes’ game is not just scoring goals from penalties and making high-risk passes, but that there is more to it. And once again he showed that on the pitch. Bruno made four shots last night, he made two long-range key passes from wide areas of the pitch, but also attempted 10 tackles in all kinds of areas, made three blocks and even lost the possession just three times. That is really good in a match like this from a player in his position. He adapted to a 3-5-2 formation really well and was integral part of the team yet again.

Neymar was always going to be one of the most dangerous players on the pitch, but Man United managed to neutralise him with a lot of hard of work and positional discipline. In terms of numbers, nothing shows better how dilligently Man United players worked in stopping him than the amount of his failed dribbles and loss of possession.

The Brazilian managed to complete four dribbles out of eight, but more importantly he lost the ball eight times. Looking at the areas where that was happening, half of those losses came in the middle of his own half and only two in advanced areas. Man United were able to stop him early in his attacks.

Rashford Adapts To The Right

Marcus Rashford was the match-winner last night, but people forget he is not used to playing in the role he was playing in last night. He is usually a left winger for Man United, cutting in from the flank, but last night he was the centre-forward pair to Anthony Martial and he played to the right of that partnership. And even then, he managed to quickly adapt against a really strong opponent. Rashford made four shots from those right-sided areas, his successful dribbles were coming there, despite the fact he actually moved a lot to the left flank, as the map of his 43 touches of the ball shows.