Manchester United will resume their play in the 2019-20 Premier League season next week in a difficult matchup against Tottenham Hotspur. However, manager Ole Gunnar Solskjaer continues to think about ways to strengthen the squad ahead of the upcoming season.

The latest rumour mill indicates The Red Devils are set to boost their midfield depth with the signing of Donny van de Beek. The 23-year-old Ajax star will leave the Dutch club once the transfer market opens. As such, the Old Trafford side are viewed as favourites to land him. Real Madrid have also been linked with a move for van de Beek, but they have not been direct on their approach. That, according to reports coming out of Spain, has hurt their chances of acquiring the versatile midfielder.

Manchester United would have to part ways with at least one player to fund van de Beek’s signing, though. Many would have thought Paul Pogba would be the odd man out, but the Frenchman has become “too expensive” for some of the clubs that were after him. In that scenario, United would be open to sell Andreas Pereira instead.

The 23-year-old playmaker has taken a step forward in his development this season. However, he would fall even further in the pecking order with the arrival of van de Beek. There wouldn’t be enough first-team minutes for him. Pereira would have to compete with names such as Fred, Juan Mata, Nemanja Matic and Scott McTominay solely for a first-team role. That’s not the best scenario for a player that is still developing.

With several teams reportedly keen on Pereira’s availability, now it seems to be the perfect time to part ways with him. His departure would generate fresh transfer funds that would be injected directly in the transaction to acquire the Netherlands international.

Van de Beek would not be the only player arriving to Old Trafford ahead of the 2020-21 season, though. It is believed Solskjaer also wants Alexis Sanchez to return to the side. The Chilean has been enduring a failed loan spell at Inter Milan during the current campaign.

The club have a lot of depth on the wings right now. Plus, they have been linked with a move for the likes of Jadon Sancho and Jack Grealish. However, Solskjaer wants to give Sanchez one more chance to prove his worth at Old Trafford. The Norwegian tactician still believes the Chile international can reach the peak of form he evidenced at Arsenal. He wants to see that, but with the Chilean donning United’s colours.

Sanchez’s deal at Old Trafford runs out at the end of the 2021-22 campaign. 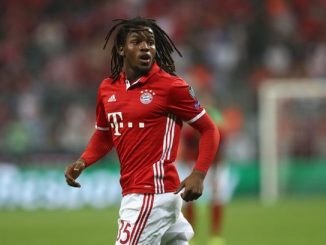