The rise of Manchester United under Ole Gunnar Solskjaer’s tutelage has been undeniable.

The Norwegian took a beaten, unmotivated side that was struggling to stay in the race for a Top 6 berth in the Premier League. But things have taken a dramatic turn since the former striker arrived to Old Trafford. Now, The Red Devils are in the race for a Champions League, already reached the FA Cup and also found themselves among the best eight teams in the UEFA Champions League.

Speaking of the Champions League, what Solskjaer accomplished with United against PSG should be considered as one of the biggest comebacks in the history of the club. Not only because of the context and the opponent. But also because of how shorthanded United were, with five regular starters out and almost 10 players missing the game through injury.

There’s no question that The Red Devils are going through their finest moment of the season. One could even say they’re better now, that when they were riding an impressive winning streak in December and January. But one question remains unanswered. And that’s when are Manchester United going to announce Solskjaer as the full-time manager? Let’s remember he’s still on a caretaker role.

Solskjaer has enough merits to take the full-time manager role

There are no double lectures here. Solskjaer deserves every bit of a chance to be United’s full-time manager. The team has flourished under his attacking-minded tactics. And some of the best players on the squad, such as Paul Pogba and Marcus Rashford, have improved massively under his tutelage.

We could also dig into the numbers to see how good Manchester United have been since Solskjaer’s arrival. He debuted on December 22 against Cardiff, and crushed them to the tone of a 5-1 win. Since then, United have played 17 games and the record is simply amazing: W14, D2, L1. Over that span, he already registered wins over Arsenal, Tottenham, Chelsea and PSG, as well as a draw against Liverpool.

But perhaps the most important thing Solskjaer has going for him is the fact that he trusts his players. And players usually respond back when given the chance.

The best example of this scenario is what happened with Romelu Lukaku. Solskjaer always said the Belgian was an important part of the side, and that he was eventually going to get his chances. Injuries to both Anthony Martial and Jesse Lingard have allowed Lukaku the chance to return to the starting XI. And how did he respond? The Belgian has six goals in his past three games, including a brace during Wednesday’s 3-1 win over PSG.

Recent reports have indicated that the players are “waiting” for Ed Woodward to name Solskjaer as the full-time manager before the end of the season. And honestly, that’s the smartest thing he could do. The numbers and the players back him up. And if not, the huge comeback over PSG should clear any doubts that he’s the right man for the job.

Manchester United should appoint Solskjaer as the full-time manager right away. It’s the right thing to do, and he absolutely deserves it. 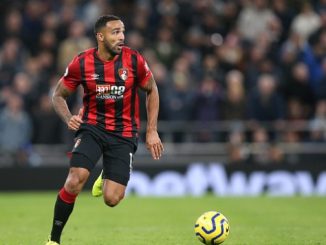