Manchester United are coming off a 4-0 win Thursday at home against AZ Alkmaar in the UEFA Europa League, and they also secured two morale-boosting wins over Tottenham Hotspur and Manchester City last week in the Premier League. Now, The Red Devils will aim to secure another win at home when they take on an Everton side that is trying to leave the relegation zone. Kick-off for this match is scheduled for Sunday at 14:00 GMT.

Paul Pogba remains out but, along with Eric Bailly and Timothy Fosu-Mensah, he could be back in training as soon as next week. Marcos Rojo and Axel Tuanzebe remain sidelined but are edging closer to a return as well. Jesse Lingard has been listed as doubtful, but boss Ole Gunnar Solskjaer is hoping the attacking midfielder can return in time for Sunday’s contest.

Everton manager Duncan Ferguson hopes to have Seamus Coleman available, as the veteran right-back is dealing with a rib injury. A number of other players have been listed as doubtful as well. Theo Walcott, Yerry Mina and Lucas Digne will all be game-time decisions for The Toffees. Fabian Delph remains one week away from a return since he is rehabbing from a muscular problem.

Manchester United have been on the rise in recent weeks. They are coming off back-to-back wins over Spurs and City in the Premier League. They also are on an excellent run of form since they have not lost in their previous four competitive matches, while dropping just one of their last eight. That defeat came against Astana, where Solskjaer decided to field an alternative side. They are also coming off a huge 4-0 win over AZ Alkmaar earlier this week. The Red Devils are chasing a Top 4 spot in the Premier League standings given their rise in form over the last few weeks.

On the other hand, Everton are struggling with a potential relegation threat. They sit in 15th place of the standings with 17 points thanks to a W5, D2, L9 record thus far. The Toffees earned a morale-boosting 3-1 win over Chelsea the last time out, and that result snapped a three-game losing streak for the Merseysiders. But all things considered, this has been a disappointing season for The Toffees. They were expected to fight for a UEFA Europa League spot on pre-season.

Manchester United are coming off a loss in their previous match against Everton, losing 4-0 at Goodison Park on April this year. But The Red Devils are W6, D2, L2 in their last 10 competitive fixtures against The Toffees. They are also coming off a 2-1 win in the previous H2H meeting between these two sides at Old Trafford.

Manchester United are getting healthier and healthier when it comes to injuries. Meanwhile, Everton are struggling with a lack of depth on both sides of the ball. The potential absence of key players such as Walcott and Mina could hurt them as well. As if that wasn’t enough, The Red Devils have high morale ahead of this contest and recent form should be a factor as well. Solskjaer’s men seem to be playing better and better after each week. All things considered, Manchester United shouldn’t have major issues to secure the three points at home. 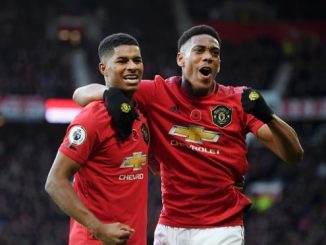 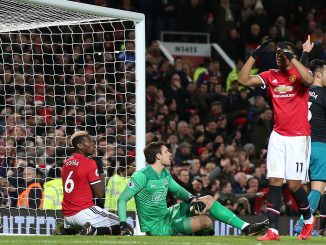 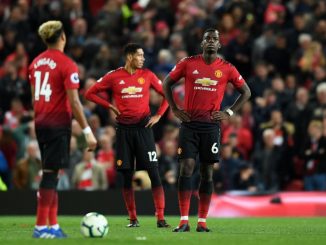