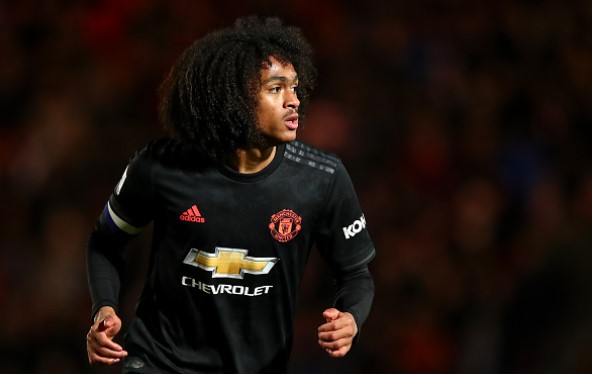 Manchester United have finished their UEFA Europa League group stage by winning the Group L, after a 4-0 victory against AZ Alkmaar. This means that Ole Gunnar Solskjaer’s side will be amongst seeded teams in the draw which is set to be held on Monday, at noon.

There are 16 teams in each of the two pots and amongst the sides in the unseeded group of teams, there are 14 that United could face. Wolverhampton are not one of those, as they are an English side, while AZ Alkmaar and United were in the same group.

Here is a brief review about the sides United could face in February.

There are eight teams coming to Europa League after participating in Champions League group stages. The best four are seeded, but the remaining four could meet against United. Those teams are Olympiakos, who won just one game in their group and who drew 2-2 with Spurs in September. Bayer Leverkusen and Shakhtar Donetsk are tricky sides, whilst Club Brugge did not win a single game in their group, but they finished above Galatasaray.

Now let’s get back to teams who took part in Europa League group stages. There are three sides that could tough oppositions so early into the knockout stages – AS Roma, Eintracht Frankfurt and Sporting Lisbon.

Roma finished only second after their draw in the last match and they are the side that can always make it difficult for everyone. Former Man City players Edin Dzeko and Aleksandar Kolarov might be getting older, but they are still performing well.

Eintracht Frankfurt took Europe by storm last season, reaching the semifinals of the competition, failing in the penalty shootout to beat Chelsea and reach the final. Filip Kostic has been phenomenal for them and Goncalo Paciencia is doing a good job of keeping the attack going despite departures of Luka Jovic and Sebastian Haller.

If Sporting Lisbon come to Old Trafford, everyone will be talking about their main star – Bruno Fernandes. The Portuguese midfielder who scores goals as if he was a forward has been linked with a move to Manchester United for months, if no the entire year.

Amongst sides that would be interesting oppositions, there are another three sides. Rangers are led by Steven Gerrard and that in itself would be a really intriguing matchup, but his team led by forward Alfredo Morelos is a one that is finally ready to make a step up both domestically and in Europe.

Getafe are one of the peculiar sides, led by Pepe Bordalas and his very odd 4-4-2 style that involves a defence that allows very few shots. Wolfsburg are a Bundesliga side that started the season perfectly, but recently they have been on a bad run.

The remaining four sides United could meet are all champions of their respective countries. APOEL fell at the last hurdle for reaching the Champions League after losing to Ajax, Copenhagen lost to Red Star Belgrade in their third qualifying round for the same competition.

CFR Cluj have been impressive in Europa League, finishing with twice as many points as Lazio, while Ludogorets were better than CSKA Moscow and Ferencvaros.

All of these four sides should be a really favourable draw for United.