Manchester United have announced their starting lineup for Saturday’s match against Manchester City.

There are two changes compared to the side that defeated Tottenham earlier this week. Anthony Martial will start over Mason Greenwood, and Luke Shaw gets the nod over Ashley Young. The rest of the team, however, will be the same one that featured at Old Trafford on Wednesday. 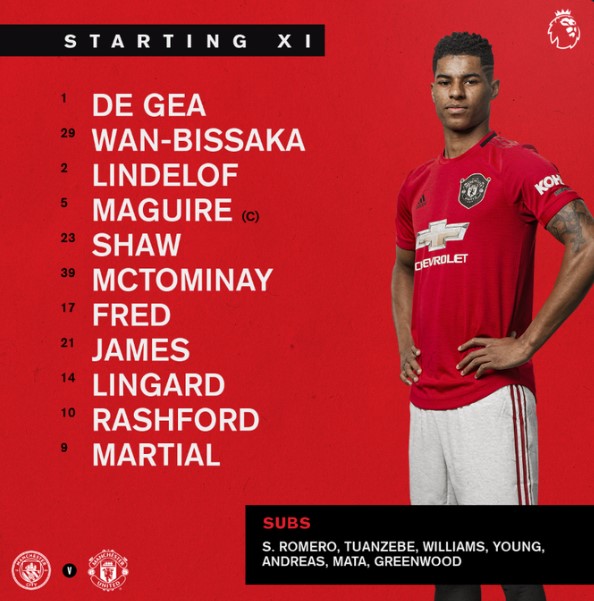