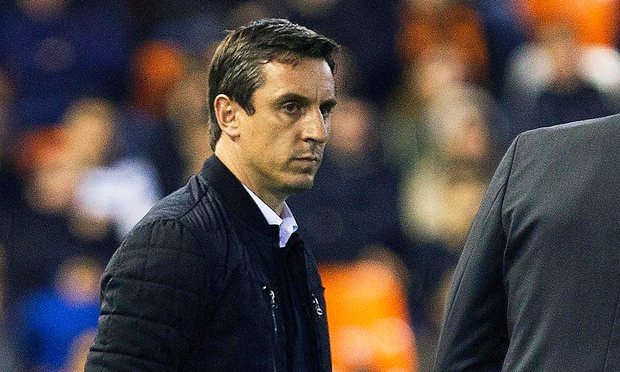 Manchester United are being linked with new players every day. The Devils are expected to snap up several new players this summer and the media claim that it is just the matter of time when will the deal for Dan James from Swansea be confirmed. But today we will be looking at what former Man United players had to say about the moves club should make this summer.

Gary Neville spoke about Manchester United’s current situation. Former right-back was talking about his beloved club being far from where it used to be and Neville had an interesting outlook.

‘I can wait two, three, four, five years for the club to be successful – it isn’t a problem for me,’ Neville said. ‘As long as the principles are right: play good football, bring the right players through, try and win as best you can, don’t give in, good attitude. I lived through 20 years as a fan growing up when the club wasn’t successful. I’m not in a rush, I just want to see the right things happen and with Ole here as a coach there’s an opportunity for that to happen”, Neville was clear about it.

He also spoke about Matthijs De Ligt and reported news that the Dutchman will not come to Old Trafford. Neville insists such things were happening even during successful times.

‘The club has lost players when it’s successful to Real Madrid, Barcelona and Bayern Munich,’ he said. ‘Lost (Arjen) Robben to Chelsea in mid 2000s, we lost (Samir) Nasri to City. Don’t think that when Sir Alex Ferguson was here it didn’t happen. Don’t think that if United lose players to Barcelona now that this is the first time it’s ever happened. It’s not because of the current plight, or the coach, or the current players it just happens sometimes.’

Sheringham And The Britishness

While we are talking about players from the famous Treble winning generation, we should mention Teddy Sheringham. He spoke about the moves the Devils should be making in the transfer market. He insists that going back to the good old days when the crux of the team came from England and Britain is the way for his former teammate Ole Gunner Solskjaer.

‘I really believe they should go back to the British mentality. The core of any good, British team, comes from British players, as I see it. Over the last 20 or 30 years, if a British team does well in the league or in Europe, there’s always a core of British players involved’, he said and then gave his idea of who should come to United.

‘I think Harry Maguire is the one for me. He’s got great leadership qualities, and has a real calming influence. He’s very similar to Rio Ferdinand, in that he’s cool on the ball and defends very well. That would be a fine start from my point of view. Top players like Harry are going to have the choice of some big, big clubs around Europe this summer.’