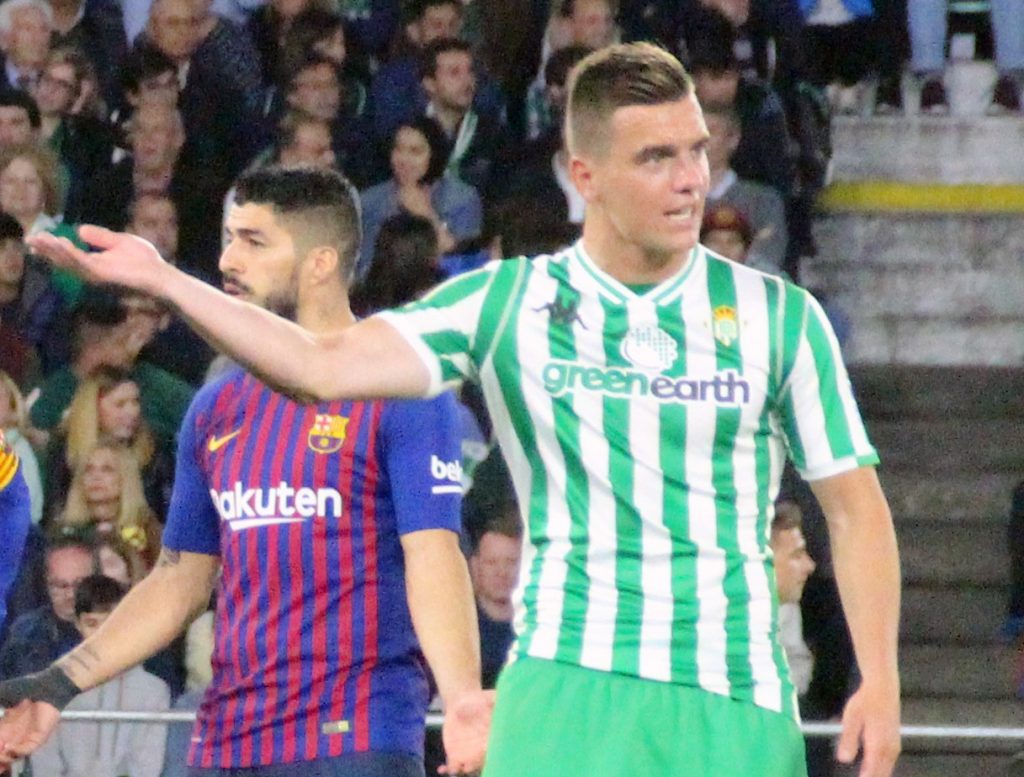 Manchester United have been linked with a move for Giovani Lo Celso, the Real Betis midfielder. After Ander Herrera’s departure, Devils are severely lacking in quality in the middle of the pitch and the Argentine is rumoured as one of potential new signings for Ole Gunnar Solskjaer’s side. But who is he?

Lo Celso is a central midfielder, 23 years old, and he is playing for Betis in La Liga. He is also Argentina international and until just recently, he was on loan at the club from Seville. Lo Celso was previously Paris Saint-Germain’s player, but Betis got him on a 3 million euro loan with an option to buy him for another 22 million. After brilliant performances, the club activated the clause and with 25 million euros overall, he became their player. And from what he showed on the pitch, it was a real bargain.

He was impressive in all aspects of the game, making 46 appearances in all competitions. He scored 16 times from midfield and added five assists. His technical abilities are really good, as he is capable of both keeping possession, breaking the lines, but also making runs with the ball, progressing it further up the pitch. That helped Betis massively in their possession-based style under Quique Setien, as he was able to bring energy and presence in the final third of the pitch. Considering how much Betis’ strikers struggled with scoring goals, it is no wonder Lo Celso get well over dozen goals.

Lo Celso was creating one chance per 90 minutes in La Liga and another 1.8 in Europa League, which just further highlights that he can both create them and be on the receiving end of the chance. The progressiveness he possesses in his game is something the Devils have been lacking a lot in recent times. He will also play for Argentina this summer at the Copa America, hoping to lift his first international trophy. However, the most important thing for Man United here is that Betis failed to qualify for European competitions this season and Setien was let go.

All of that could mean Betis’ eagerness to sell their best players. Paying for Lo Celso was a bargain in terms of his real quality, but Betis are not a powerhouse in financial terms. That is where Man United – and Tottenham, as it was reported – could come in. English clubs have loads of money and a strong offer for Lo Celso could persuade Betis to sell.

What would Man United get with him? Lo Celso is a modern midfielder, playing in central midfield, but in a role that Pep Guardiola calls “freed eight”. He is allowed to drive forwards both on and off the ball and that is one of his key strengths. His passing is well varied and he is tactically astute – he is not going to leave glaring holes and fail to track back.

Those qualities are something Man United need and the best part is that Lo Celso is still going to improve in years to come. The only question is how far would the Devils be ready to go for him?