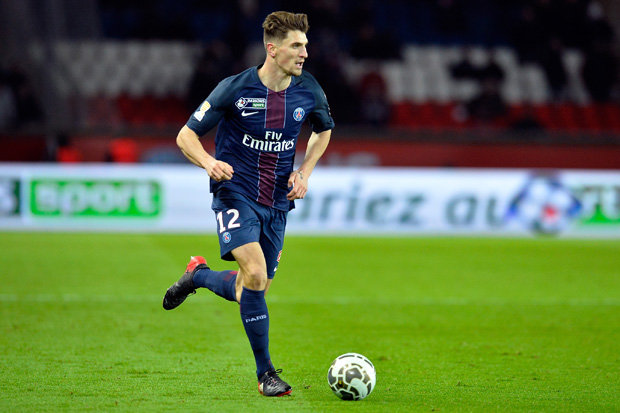 Manchester United are in desperate need of reinforcements this summer. The team is very close to missing out on Champions League football for the third time since the Alex Ferguson era ended and that could be another big blow to the Devils. Signing players will be tougher, as attracting talent is not as easy when you are not in Europe’s elite competition.

However, in this article we are writing about four players currently playing in Ligue 1 that could be realistic targets for Man United in the summer. That means these players could be okay with playing in Europa League for a year, that they are not world class talents like Kylian Mbappe and that they would still bring quality.

The first name is being mentioned quite a lot and there is a reason for that. Thomas Meunier is close to leaving Paris Saint-Germain this summer and there are rumours going around that his price tag stands at 26 million pounds. If Man United want a really good, reliable full-back with a lot of experience at club and international level, then just pay PSG and finish this quickly before someone else snaps him up. Meunier is a bit underrated, as he plays in a team filled with stars, but his qualities would fit Man United very much.

Tanguy Ndombele has been rumoured with a Man City move, but right now that does not look as realistic as couple months ago, since City are taking a closer look at Atletico’s Rodri. But that does not mean Ndombele is not a quality player. He is a defensive midfielder, 22 years old and has been playing incredibly well at Lyon in the last 18 months. He could make it in Premier League not only due to his physical strength, but because he knows how to play at pace and also has necessary technical qualities.

Youcef Atal is another right-back. That is a position Man United really need to improve and Diogo Dalot will need good competition for that spot next year. The Algerian is 22 years old and plays for OGC Nice. He has been used both as a full-back and wing-back, which could be very useful and would not be very expensive. Atal’s talented, especially going forwards and he has six goals to his name in Ligue 1 this season. With 4.8 tackles+interceptions per 90 minutes, he is also used to doing the defensive work. He does not cross too much, which is a good trait, as he is sound with his passing and does not lump it forward too often, hoping for the best.

Okay, we will admit it – of all four players on the list, this one is the least realistic, but it is not unthinkable. Nabil Fekir will almost certainly move from Lyon this season, as that was expected to happen last summer. He was inches from signing for Liverpool and the fact that there is almost no doubt he would fit in perfectly says it all about his qualities. Fekir is a modern type of ‘number 10’ – he does a lot of pressing and other work without the ball, is very intelligent with the ball at his feet and can also score and assist when surging forward. He would be pricey, there would be fight for him, but at 25 and with a lot of experience in his legs, Fekir would be a great option for a new Man United team.