Manchester United have not been playing very well in recent weeks. The Red Devils are coming off a 1-1 draw against Chelsea, but suffered back-to-back losses the previous week against Manchester City (0-2) and Everton (0-4). And while the team must receive a fair share of criticism on both sides of the ball, several pundits and outlets have set their sights on David de Gea.

The Spanish goalkeeper is arguably one of the best shot-stoppers in the world. And while he hasn’t been at his best during the 2018-19 season, it’s fair to question: should we start panicking about his performances? The season is about to end, but Manchester United will decide their Champions League spot in the upcoming weeks.

The answer is simple: no. While De Gea has been responsible for more than one goal of late – especially one of the goals scored by Lionel Messi against FC Barcelona at Camp Nou – it would be unfair to place most of the blame over his shoulders. He’s not the one wasting chances in the final third. And De Gea is not the one who fails to control defenders before they get into a decent shooting position. United’s struggles have affected the entire team. And it’s unfair to criticise just one player.

De Gea isn’t the only player receiving criticism, though. The same thing has happened with Ashley Young, Phil Jones, Fred, Alexis Sanchez, Paul Pogba and Romelu Lukaku, just to name a few. But fans should stop the unfair criticism of De Gea. The Spaniard has saved The Red Devils time and time against. And let’s be honest – every single goalkeeper goes through tough times. But they’ve been able to bounce back, and so will De Gea.

Could this criticism force him to leave Manchester United?

These critiques come at a tough time, though. With the season coming to an end, De Gea remains linked with a potential move to Real Madrid. There are no signs of the former Atletico Madrid goalkeeper looking to leave the side, but who says that might not happen? Players usually have a boiling point when it comes to tolerate criticism. Who are we to say De Gea hasn’t had enough?

Making things even more complicated is the fact that it’d be incredibly hard to replace the Spanish goalkeeper. Mistake-prone or not, there’s no question De Gea is one of the best goalkeepers in the world right now. One possible option to replace him would be to sign Jan Oblak, but the Atletico Madrid start would be incredibly expensive.

Summing up, Manchester United fans shouldn’t worry too much about De Gea. He’s not on his best run of form, but he will bounce back. As he has always done it in the past. 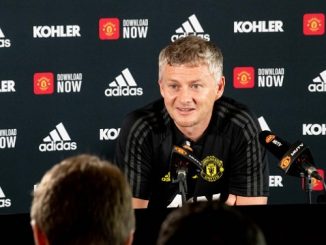