Moussa Dembele could be on his way to Manchester United this next summer once the Transfer Window opens. Several media outlets are reporting the interest of The Red Devils on a player that has taken Europe by storm over the past two years.

But before you say anything: no, we are not talking about the Tottenham midfielder. We are talking about the Celtic striker, a 21-year-old French goalscoring machine who is widely considered one of the brightest attacking prospects in Europe.

Who Is Moussa Dembele?

Not many football fans know Dembele well, though. A product of PSG academy, Dembele was always considered a top prospect but began to gain attention once the moved to England to join Fulham’s academy. And has experienced a meteoric rise in the past few years.

Surprisingly, Dembele does have some Premier League experienced. He starred at Fulham as a 17-year-old, and made his EPL debut back in 2013. He tallied 19 goals in 64 competitive matches for them, but there is no question his best years have been at Celtic. Dembele joined the Scottish giants as a highly-touted prospect, but quickly became one of the most promising players in the world.

Dembele is a big-game player, too. In his first Old Firm Derby against Rangers, the French forward netted a hat-trick and was an integral part of Celtic’s 5-1 win over their bitter rivals. Dembele became the first Celtic player to score three goals against Rangers since Stevie Chalmers back in 1966.

His numbers don’t lie, as Dembele has already scored five goals and two assists in 11 matches during the current season. And since joining Celtic in 2016, the French forward has 37 goals and 11 assists in only 60 appearances. That’s impressive, especially considering he is only 21 years old.

Does Dembele Fit At Manchester United?

His numbers are impressive and there is no doubt Dembele looks like a capable player. But does he really fit in what Manchester United want to do in the future? Surprisingly, he does. He might be a striker, but his game is developing nicely. And his attacking ability all over the final third could make him the perfect partner for Romelu Lukaku upfront. He tends to play as a striker, but has been deployed to a left wing role once in a while. And an attacking trio of him, Martial and Lukaku could be quite impressive.

It remains to be seen whether Celtic are keen to sell him. But several reports have indicated United’s interest is the real deal. There’s no question he would be an excellent addition to the team’s attacking line for both the present and the future of the club. 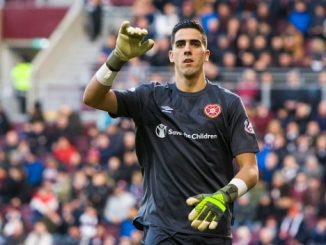 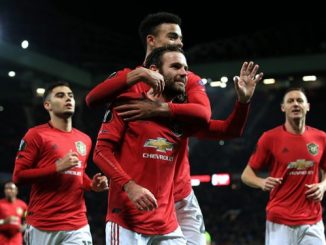 1 Comment on Transfer Speculation: Moussa Dembele On His Way To Old Trafford?