Former Manchester United defender and captain Gary Neville, believes that Jose Mourinho is correcting the mistakes of the past three years with the transfers that he has made over the summer. Neville, who played 602 times for United, praised the likes of Paul Pogba, Zlatan Ibrahimovic and Bailly following their moves to Old Trafford. Ibrahimovic has hit the ground running, scoring four goals in six league matches, whilst Bailly looks impressive at the back in his reading of the game and strength.

Neville, who was recently criticised by former England boss Sam Allardyce for being too vocal on the side of the pitch under the management of Roy Hodgson for the national team, spoke of the “bad spending” under the likes of David Moyes and Louis van Gaal and indicated that Mourinho’s transfer dealings better quality.

“He’s unravelling what’s gone on here in the last three years with what I think has been bad spending by the club, simple as that. Now he is trying to correct it. I do like two or three players that he has signed this time. I like Pogba, he will come good, I like the fact Zlatan’s got a big character, I like Bailly. I think there are players there that have got the profile that fit the Manchester United stature but there are still some here that haven’t got the profile.”

The former skipper was praised following his assessment of Wayne Rooney post Leicester City, where the current United captain was dropped to the bench. Neville stated that Rooney was now entering “the final stage of his career” as he approached his 31st birthday. Rooney has played professional football since he was 16 and has struggled with form over the past few seasons. 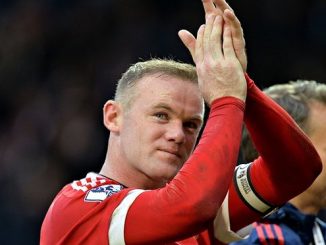