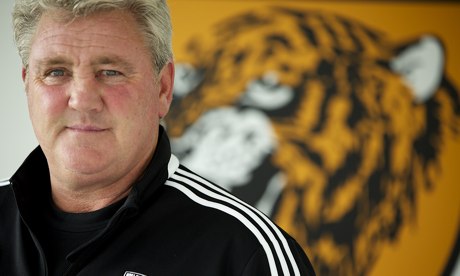 Manchester United travel to Hull City this afternoon for the 25th clash between the two sides. United last played at the KC stadium the day after boxing day in 2009, winning 3-1. The last time Hull City beat United was way back in the 1974/75 season, when both clubs were in Division 2. Steve Bruce has done a great job so far, guiding his side to 12th spot.

David Moyes’ men will be looking to push on following disappointing home defeats to Everton and Newcastle at the start of the month, but have since beat Aston Villa away and West Ham at home. Michael Carrick and Robin van Persie are still out through injury, whilst Danny Welbeck is expected to travel after suffering an injury in the fixture at the weekend.

We caught up with Andy Dalton who blogs over at www.ambernectar.org who put together a great view from the oppo, where we discuss Hull City Tigers, Steve Bruce and who competed in the first ever domestic penalty shoot out! You can follow the guys on Twitter @Amber__Nectar –

1) How would you sum up your season so far and is Steve Bruce the right man to take you forward?
Steve Bruce is a hugely popular figure at City. He’s rediscovered his love for football management here; gone is the haggard, haunted figure who reeled off excuse after excuse as his time at Sunderland drew to an unhappy close, in its place is a cheery and inspiring figure. We know we don’t have the division’s strongest squad, but he’s the perfect man to squeeze every drop of ability out of it.

2) You’re only right points off the reigning champions, do you think you’ll be involved in a relegation dog fight this time round?
It could go one of two ways: we could stay serenely clear of the relegation fight at the bottom of the table, or we could lose a few, maybe go six weeks without a win and suddenly find ourselves drawn into it.

There’s often one club who drop from a strong position to go down, and we’re not foolish enough to think it definitely won’t be us. However, with 20 points already amassed it’s equally possible that we’ll continue to bobble
between 11th-14th all season, which would be rather nice.

3) Many fans are disgusted at the potential name change to Hull City Tigers. What’s your take on it all?
Disgusted is a very good way of describing it. We have a traditional English club name (Hull City) and a really good nickname (the Tigers). So why on earth would anyone in their right mind want to clumsily weld them together?

Attracting zillions of new fans in the far East is pretty much impossible as the bigger boys are there already and it’s success not silly names that’ll attract your floating fan in China, but the if the club really MUST target this market, then by all means promote our nickname. But leave our name alone; it’s served us just fine 109 years.

4) Who has been your best and worst performer so far this season?
The best is probably Curtis Davies, a player I’d always had down as a mistake waiting to happen, but he’s been quite superb. Rather crazily, City have the third best home defence in the top five leagues in Europe, and that’s in no small part down to him. The worst is probably Danny Graham – there’s no shortage of effort so he’s still got the fans on his side, but he was brought in on loan to score goals, and, well, hasn’t.

5) What have you made of United this season and David Moyes?
About what I expected. Replacing Alex Ferguson was always going to be a fearfully difficult task, and compared to recent years I don’t think the Manchester United side Moyes inherited was as strong as it could have been. Moyes is a class manager and I’m pleased he got a chance; now he needs to be given some time, even that means a season out of the Champions League (which I still think is unlikely). The attrition rate of managers in football is absolutely insane and it needs to stop.

6) Do you think you’ll be signing anyone in January transfer window? If so,who and in what areas do you need to strengthen in?
We need to strengthen in all areas! We’re newly promoted after all, so there are always improvements that could be made. With our star player Sone Aluko out until February, the temptation is to yearn for a new forward, however the best bit of business we could do is to see whether Tottenham fancy parting permanently with Jake Livermore, who’s been absolutely brilliant in our midfield.

7) If you could take one United player to Hull, who would it be and why?
We’ve done very well out of loans from Manchester United in recent names, notably James Chester and Robbie Brady, who are both genuine Premier League quality players. I was a bit surprised Brady was let go permanently actually, but we’re not complaining. Do you think Darren Fletcher could do with a spell on loan to get his fitness back? No? Okay then…

8) Have you any promising youngsters coming through we should keep an eye out for?
Our most promising youngster is probably Robbie Brady. When he first came on loan he was very much the archetypal greedy selfish brash young winger. When he came back, something had inexplicably changed and he’s now a thrilling talent. He’s currently struggling with injury, and we miss his pace and skill a great deal, but if he keeps his head on he’s going to have a great career for both club and country.

9) What did you make of that infamous Phil Brown team talk? Stupid or blown out of proportion?
Blown out of all proportion. The national media doesn’t really like doing proper research on clubs in the bottom half of the Premier League, so when that intemperate action occurred at the start of our fall down the table, the media erroneously mistook coincidence for correlation. It wasn’t a great idea, but neither did it make much difference to anything. I was at the bar anyway, we were 4-0 down…

10) Give us a little known fact about the club.
Most people have already heard the one about us being the only team name you can’t colour in, so how about this factoid, with added topical content: Hull City and Manchester United shared the country’s first ever penalty shootout, in 1970.

You can, if bored, read more about it here: http://www.ambernectar.org/blog/1998/07/watne/ That was in the Watney Cup, and in a glorious instance of TypicalCity, we lost it, and would have to wait until a League Cup game against Hartlepool in 2006 to finally win one, at something like the eighth attempt. So if you’re ever tempted to think your team has bad luck at penalties…. 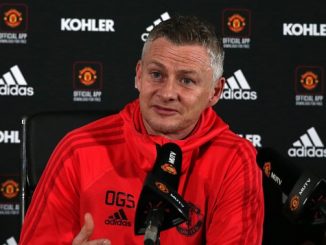 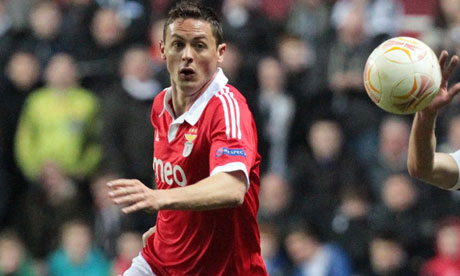 1 Comment on Hull City vs. Manchester United view from oppo