Paul Pogba is set to join Manchester United for a world record £100 million fee, according to reports. Pogba, who left Manchester United in 2012 for next to nothing, will become the most expensive footballer of all time if he completes his move from the Italian champions to United and become Jose Mourinho’s fourth summer signing.

Earlier in the day, it looked as if Real Madrid could make a late swoop for the French International following comments by Zinedine Zidane.

The transfer of Paul Pogba to Manchester United will send out a strong message that the club and Mourinho mean business, as United look to get back into the Champions League and challenge for the title this season. Many fans will look at the huge fee for a player that was once a United player, however – it simply didn’t work out under Sir Alex Ferguson and the talented youngster left for pastures in Turin.

Juventus had, rightly so, dug their heels in to get the most for a player that have on contract until 2019. Yesterday, The Bianconeri bought Gonzalo Higuain from Napoli for an enormous €90 million – making him the third most expensive transfer of all time, behind Cristiano Ronaldo and Gareth Bale. The Serie A Champions had stated that the purchase of Higuain was not reliant on Pogba leaving, however – reports are suggesting that within the next 48 hours, the Frenchman will be a United player.

Earlier in the week, Paul Scholes commented that the fee was too much and that amount of money should only be spent on the likes of a Lionel Messi or Ronaldo. With regards to transfers as a proportion of turnover, Pogba will be the third most expensive transfer for the club, behind Rio Ferdinand and Seba Veron. The deal for Pogaba is expected to be €110m with €10m in add-ons, whilst the Italian giants are also requesting an additional €5m if the midfielder extends his contract with United further.

Earlier in the day, Real Madrid manager Zidane said “Pogba is a great player” and that “Madrid always want the best”, however the European Champions are yet to make a bid for the player:

“I don’t know if he will come. Until 31 August anything can happen. Everyone is interested in Pogba. He is a great footballer and when you are Madrid you always want the best.

But now he is not a Real Madrid player, he is a Juventus player. I can’t say anything more.”

Earlier on this evening, Paul Pogba dropped a big hint that his next destination could well be Old Trafford, with the use of red in his latest Instagram post: 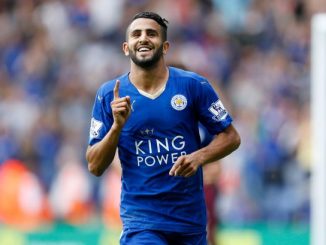