The BBC Sports Personality award is apparently given to the person who has achieved the most in the preceding year, or, as the description on wiki goes, the sportsperson who has most captured the public’s imagination. Following his latest man of the match performance for Manchester United (match report to follow), Stretford-End.com asks, why not Ryan Giggs?

Favourite this year is Jenson Button with Jessica Ennis, David Haye and Andrew Strauss all contenders and Ryan Giggs an outsider. Giggs actually started at 66/1 in some bookies until a Facebook campaign and a number of journalists started throwing his name into the hat -indeed, one reckons he’s the only worthy candidate from the domestic game. At the very least Giggs now looks like being included in the nominees even if still a rank outsider.

Giggs was awarded the PFA Player’s Player of the Year this year, an accolade that for some reason instantly awarded him a ridiculous media backlash. The merit of the award was challenged by idiots who labelled it a sympathy award as he had never won it before, conveniently always neglecting to mention who they feel was so worthy of it.

The Welshman’s response to that was to continue playing out of his skin, secure a record 11th league championship medal, get to a third European Cup final and then play the 09/10 season so far as arguably the best player in the league again, with almost a dozen assists already as well as breaking the 800 appearance mark and scoring his 150th goal for the club, becoming the only player in the history of Manchester United to notch 100 Premier League goals.

There is the long standing campaign to get Giggsy knighted – and, I am a personal advocate that he is the best player of all time – but in the short term he at least deserves a top 3 finish in the Sports Personality of the Year for what he has achieved in 2009, especially after his 2008 achievements. Obviously these were from last year but what I am saying is that it’s the renaissance of his form in the autumn of his career, this isn’t just a purple patch, it’s 18 months at the very highest level and winning almost all there is.

It is a serious achievement that the mockers are doing their best to downplay, and it does Ryan Giggs a serious disservice.

Giggs is playing as well as anyone – scrap that, he’s still capable of a pass that no-one else in the land (possibly world football) can deliver and is still the most naturally gifted dribbler to be found – and what could capture the imagination of the British public better than playing for your boyhood club and becoming not only the record appearance holder for the club but secure your position as the domestic games most decorated player?

We should be unashamedly celebrating and promoting the ability and presence of Giggs – because even if you debate whether he is the greatest of all time, it cannot be denied that he is the most legendary player still in the game, and is playing as well as ever.  All this without spitting, public fallouts with players, demanding moves, throwing pizzas or disrespecting opposing coaches. All this with the utmost respect for his opponent and a wonderful natural ability to thrill that despite a flurry of brilliant Brazilians, amazing Argentinian and fantastic Frenchmen remains unequalled in his generation.

Ryan Giggs is not only a credit to football but a credit to the sporting world, adored by United fans, respected regardless of club loyalty by rivals, and among candidates that admittedly have excelled in their chosen sport, Giggs should get the award for achieving a level and longevity of excellence that those other candidates should be aspiring to. And that, my friends, is the point.

Ryan Giggs is the alpha British sportsperson in 2009, and is the only reasonable choice.

Manchester United vs. Hull City view from the oppo 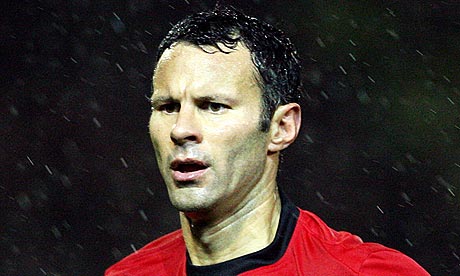 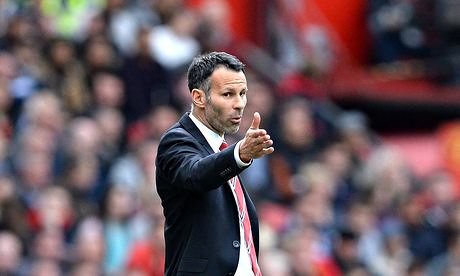