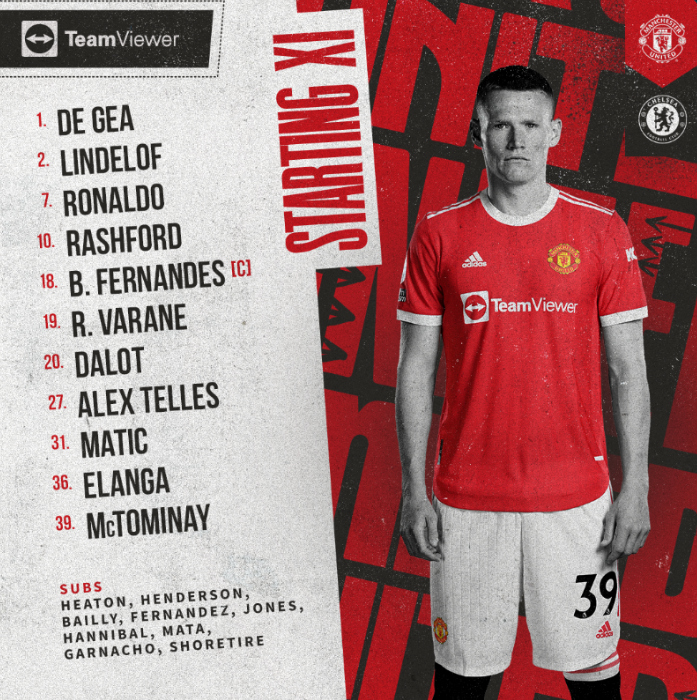 After Liverpool and Arsenal, Manchester United are ready for their third consecutive big Premier League clash. Chelsea are in town and Ralf Rangnick has decided on his starting eleven. Victor Lindelof and Raphael Varane lead the back four, with Diogo Dalot and Alex Telles as the full-backs. Scott McTominay and Nemanja Matic are the two defensive midfielders, while Bruno Fernandes is the captain in his usual number 10 role. Anthony Elanga gets the nod on the right wing, while Marcus Rashford comes in on the left. Cristiano Ronaldo is the lone striker once again, while David de Gea remains the first-choice goalkeeper.