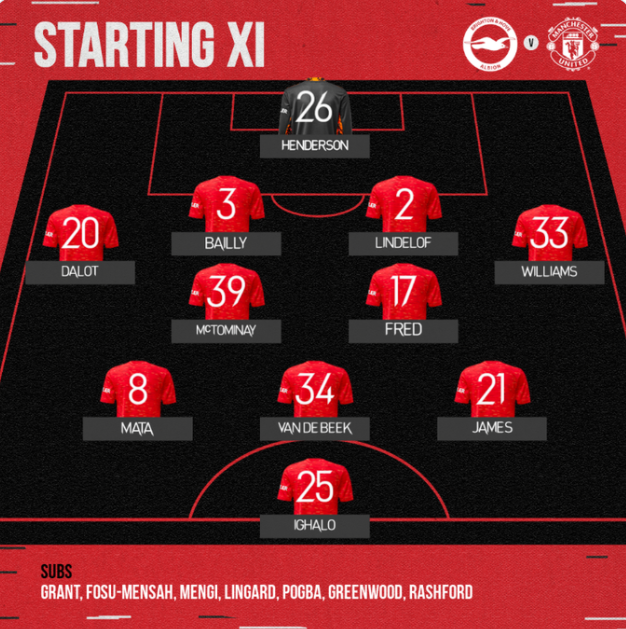 Manchester United have defeated Brighton and Hove Albion last weekend in their Premier League encounter, but tonight they will try to do the same in the League Cup fourth round match. Ole Gunnar Solskjaer has chosen the starting lineup for this match with, as we expected, a lot of changes in the team, Apart from Victor Lindelof, there are no regular starters in this team that will face Graham Potter’s Brighton.

Dean Henderson gets the nod again in League Cup, Diogo Dalot is somewhat surprisingly on the right flank, with Brandon Williams getting his chance again. Scott McTominay and Fred give some time off to Nemanja Matic and Paul Pogba, whilst Donny van de Beek starts alongside Juan Mata and Daniel James on either flank of him. Odion Ighalo is up top to spearhead the attack.

Let’s see what this team can do tonight.