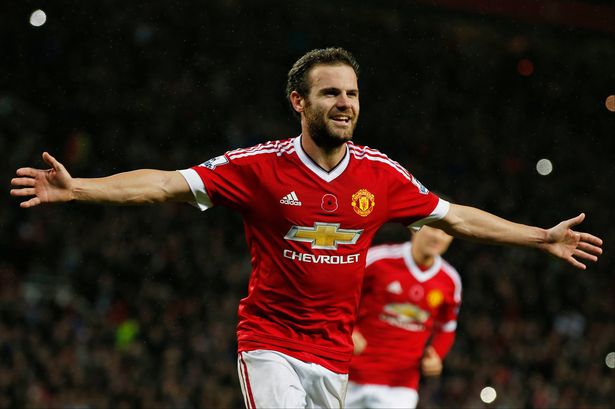 Manchester United won their Premier League match against Brighton and Hove Albion last Saturday in an incredible fashion, but this Wednesday it was a completely different story. Ole Gunnar Solskjaer’s side got a comfortable 3-0 win at the Amex Stadium this time around,

Both teams played with their sides completely rotated, as both Solskjaer and Graham Potter wanted to give more playing time to the players that are in starters in Premier League. In the end, that was enough for Man United to show quality and progress to the quarterfinals of the League Cup.

Mata Shows Glimpses Of Old Self

This was a match that just reminded us of what Juan Mata can still do and what he used to be. The Spaniard was a real leader of this team tonight, showing class that he still has in his feet. Sure, it was a match against a second string Brighton side, but still, when he was called up to play, he made a great impression and was the key man in Man United’s win.

First, he set up the opening goal just before half-time, when his free-kick found Scott McTominay in the box, to give United the lead and then he went on to score the second when he found himself in a good position in the box following a pass from Donny van de Beek. Hopefully, he could still be of similar use in the Premier League, when rotation deems it necessary.

Mata was brilliant on the right flank, but despite this time getting his chance on the left, Daniel James was still far from what was expected of him. When the Welshman was repeatedly starting on the right wing and did not play too well, it was often pointed out that was not his best position and that he could not come inside onto his stronger foot, nor would he be able to play as an auxiliary right winger. Now, he got his chance on the left, but still struggled.

He did not last 70 minutes on the night and he made just five touches of the ball more than Paul Pogba did (24 to 19), despite the Frenchman came on when he came off.

This Match Could Make Man United Sign A Striker

It is funny how now all Man United signings are starting to play the way many have thought they would when they were coming in. There was no feeling that Odion Ighalo would be the forward Man United needed and now that is showing on the pitch as well. Former Watford striker did not make a single shot on target and he is not the type of player that could genuinely challenge other players for the place in the starting lineup. Maybe now Man United will feel the urge to find some other striker before the window shuts, with Luka Jovic leading the way in transfer rumour mills.

Three Games Away From Silverware

Manchester United are in the quarterfinals and now they are only three games from lifting the trophy. There will be just one semifinal leg this year, due to a shorter season and Man United will have their chance to reach the final or even lift the trophy. That could be a huge boost for a lot of players in this team, but also for the whole group, ahead of the crucial part of the season next spring.