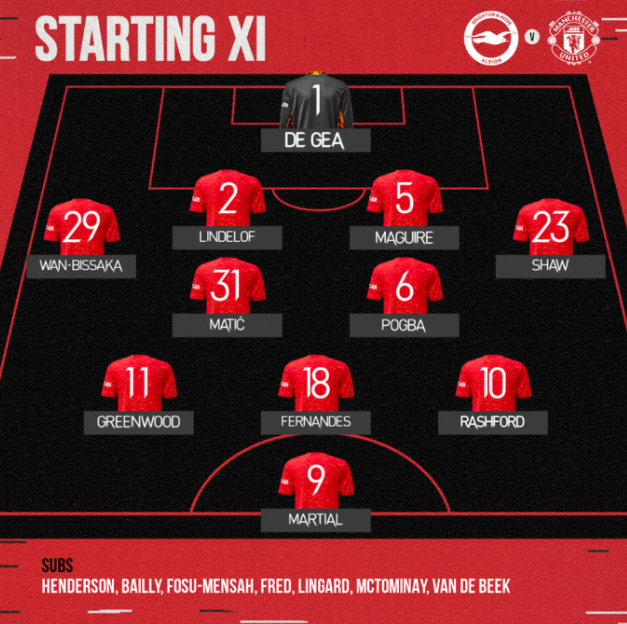 Here is the starting lineup of Manchester United for the match against Brighton. Ole Gunnar Solskjaer opted for probably his strongest starting XI, despite Donny van de Beek starting on the bench. The Dutch is still new to the club and now we will see the usual front five of Martial, Greenwood, Fernandes, Rashford and Pogba, with Nemanja Matic just behind to be the safety in front of the back four.

Aaron Wan-Bissaka returns to right-back after Timothy Fosu-Mensah played there last week. Hopefully the result will also be much better than against Crystal Palace.