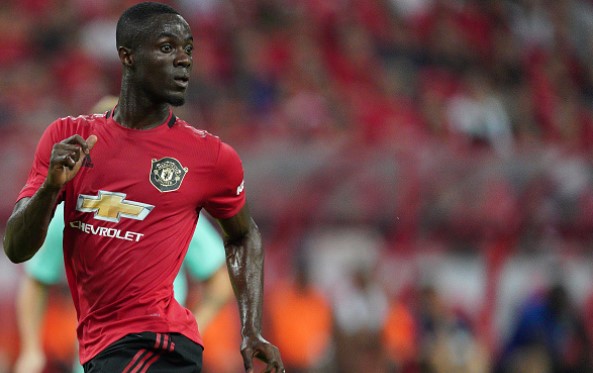 There is still the second leg to be played and despite not knowing whether next Thursday LASK will be at Old Trafford or not, Manchester United can already count themselves part of the Europa League quarterfinals. Ole Gunnar Solskjaer’s side dismantled LASK Linz 5-0 at their own turf, with three goals coming in the last 10 minutes.

Odion Ighalo opened the scored and that was enough to seal the lead at half-time. Everything started escalating just before the hour mark, when Daniel James slotted in to end his goalscoring drought. Juan Mata made it 3-0 after Fred’s assist, before two stoppage time goals occurred – the first one from Mason Greenwood and the other one from Andreas Pereira.

Here are the four things we learned today.

Manchester United take the easy route as they make a late rout at Linz. This 5-0 win means Ole Gunnar Solskjaer will get a game in which he will be able to rest his first team players. Man United controlled this match throughout, not even letting LASK make one shot on target and deservedly, the Devils are now comfortable ahead of the second leg match.

Man United’s late surge came as an icing on the cake. They were already cruising to victory, but goals from Pereira and Greenwood will not only be great for their confidence, but also the team’s ability to relax.

Solskjaer Getting The Most Out Of Europa League

It was said earlier this season that Ole Gunnar Solskjaer has had some matches where he maybe did not rest his team as much as it was possible. For example that match against Tranmere was truly unnecessary for some of the players, including Harry Maguire, but this time things were different.

Solskjaer has decided to get the most out of Europa League and we are now past the point in the season when too much tinkering is allowed. LASK were treated properly and the result reflects that. Also, there is the fact that by playing so well tonight, some first-teamers will get a day off next Thursday.

Bailly Getting Up To Speed

Eric Bailly is slowly getting up to speed. The Ivory Coast international did not have a good start of the season, as he got seriously injured in a pre-season match against Tottenham Hotspur. But now that he is back on the pitch and getting minutes, he is showing that he is improving and finding his old form. Today he made a couple of really good decisions, including that one tackle just before half-time.

Bailly is feeling more and more ready and maybe Solskjaer will find himself tested to put him in the starting lineup regularly.

Football Without Fans Is Sad

And the thing we all knew even before the game, but this match further highlighted it. Playing football in empty stadiums is sad and it is not something that clubs deserve. Sure, the situation across the Europe is such that playing without fans is necessary. However, that does not exclude the fact that matches are not the same, teams tend to feel a bit deflated and LASK definitely missed their support tonight, despite that probably not being enough for them to avoid defeat.