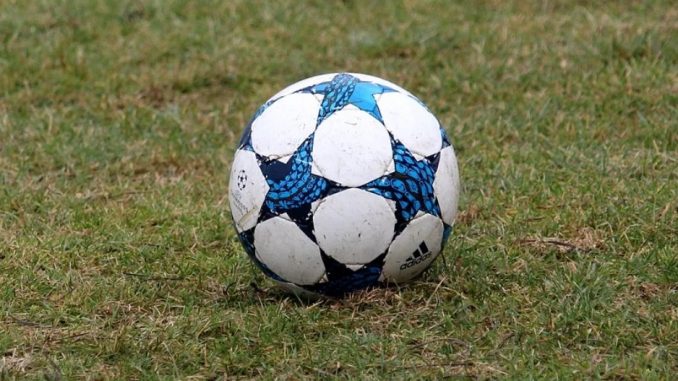 A few short weeks ago, the question of the Champions League was a genuine one. We were showing flashes of brilliance that were often sandwiched between mediocre performances. The potential was there, but we just couldn’t seem to be able to take advantage of it on a consistent basis.

We’d pull a stellar team performance out of the bag and then drop points against teams we were expected to beat. Even as recently as the 17th of February, when we were ready to kick off at Stanford Bridge, we were being slated for our inconsistency. Which in hindsight was completely understandable if slightly bonkers point of view. Of course, we knew better.

In fact, while most rival fans were rubbing their hands at the prospect of Lampard’s Chelsea pummeling us at the Bridge, those of us in the know expected nothing of the sort. Even the bookies had us as favourites to beat Chelsea in their match previews. And that just goes to show that it was the blinkered views of the anti-Ole brigade that had influenced public opinion on our form and the gaffer’s suitability for the job.

Since that fine performance in London, we’ve beaten Watford 3-0, hammered Club Bruges 6-1 on aggregate, beaten Derby 3-0, and humiliated the ‘champions’ Man City 2-0 without even breaking a sweat. The only blot on our record since the Chelsea match is a 1-1 draw with Everton. But hey, we can’t be perfect all the time, right?

Is the Champions League enough?

Now, we could spend hours on end waxing lyrical about the win over City, but we’ve already covered the four things we learned from that game. With that win, we kept within touching distance of Chelsea and at the same time kept both Wolves and Sheffield United at arm’s length. And with City’s impending European ban (they only have themselves to blame) it’s looking likely that fifth spot will be enough for Champions League qualification.

But is that really enough? Back in December, when Watford beat us 2-0 and we were in the eighth position, any United fan would have told you that yes, qualification was the ultimate goal. We were wonderfully inconsistent and our chances of getting back into the Champions League looked anything but good.

Fast forward to March and Ole has turned it all around with his trust in Williams and the much-needed signing of Bruno. The effect has been nothing short of astounding and, on the back of this good run of form, we’re going to want more than Champions League qualification, aren’t we?

Do we need to win a cup?

Every fan loves to win. And at Old Trafford, we’re used to winning more often than not. With the realization of the potential within our ranks, the standard has been set. As we sit and watch each game and see the progress the team has made since the start of the season, we raise the bar a little higher. Progress in the Europa League is a must. We should be getting to the final if we can keep up our current form. The same goes for the FA Cup. We have the beating of every team left in the quarters and a day out at Wembley is a genuine possibility.

While most fans will want nothing less than to lift both cups, the realists among us will know that making it to both finals would represent a huge step forward for the team. It’s nothing less than the manager deserves. A man who has been described by many as out of his depth has overseen the revitalization not only of the team but of the club. The bookies’ favourite for the new year axe, Ole Gunnar Solskjaer has done it again, and getting to either final will prove how right the club were to place their faith in a club legend.

Do we need to win one? Not really. As we said, progress is always good and making it to either final, while also qualifying for the Champions League, would show that we have progressed a great deal since the start of the season.

What else do we need for success?

The long-term goal is not so much to play in the Champions League next season, but to challenge for the title. We still may be a few players short of that. The talk is that Pogba will leave and it’s hard to argue with that reasoning. Bruno has been a more than able replacement and Fred has been nothing short of a revelation this season. But as we saw with the injury to McTominay, players are only human.

We need more depth in the squad, along with the removal of some deadwood. Back up for Maguire is a concern, with our captain playing virtually every minute of the campaign so far. And if the rumours are true, then we could be in for a significant windfall if De Gea leaves for Madrid or PSG. Our ready-made replacement in Dean Henderson means that we can spend all of that money on squad reinforcements in other areas of the pitch.

The truth is that we’re seemingly only two or three injuries away from disaster, and that needs to be addressed. Cover in defence, along with perhaps another wide attacking player or attacking midfielder, would add some serious depth to the squad and give us a fighting chance even if some of the more experienced players find themselves injured.

Ole has proven that he’s a shrewd man in the transfer window. While there were many concerns raised over the signing of Ighalo and how long it took to get Bruno in the door, there’s no doubt that he made the right moves at the right time. If Ighalo continues to impress as he has, then we could even see him make his loan move permanent.

And that is perhaps the final piece of the United puzzle. The club have finally found a man that they can put their faith in. A coach who has proven that given time, he can get the best out of the players at the club. Success this season rest not only on our position in the table, but the stability that has been brought to the club at long last.