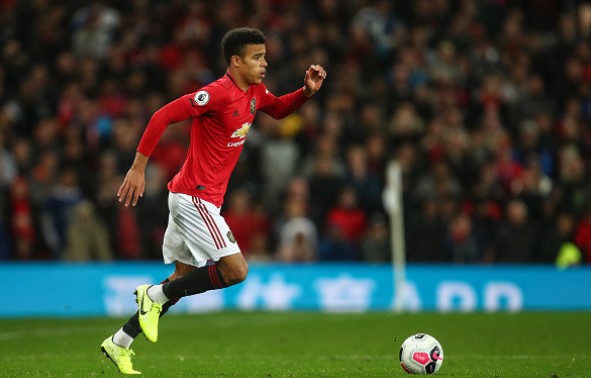 Manchester United are through to the round of 32 of Europa League as Group L winners, after beating AZ Alkmaar 4-0 at Old Trafford on Thursday night. The Red Devils had made a great second half performance to put a poker of goals past Marco Bizot and claim the first place in the group and a potentially weaker draw in the first knockout round.

Goals came from Mason Greenwood, Juan Mata and Ashley Young, as they were scored in the span of just 11 minutes.

Mason Greenwood Is The Real Deal

Mason Greenwood had a great performance as he scored a brace, to help United to a comfortable victory. If there was anyone unsure about his qualities and talents, it is now completely clear – Greenwood is here to stay. He is not going to be one of those youngsters who make a couple of flashes early in their senior careers.

Against Alkmaar, he scored twice from two nice strikes, the first one following the visitors’ mistake and the other after moving the ball slightly to his left, to create space for himself, before shooting it precisely where it had to be shot. Ole Gunnar Solskjaer will be pleased that Greenwood showed such a good goalscoring performance, considering he was playing on the right wing.

That first goal from Greenwood, United’s second, came just five minutes after Ashley Young finished off nicely a really good team move. And it came in some fashion, as United players pressed like mad, recovering the ball some 25-30 yards away from AZ Alkmaar’s goal. Just a couple of seconds after that, Greenwood shoots and scores to make it 2-0 just before the hour mark.

That is something United should continue improving, especially when playing against top Premier League sides. Sure, the quality of the squad is not there yet, but goals like this one show commitment to a certain way of playing.

Not Many Options On The Wing

Daniel James and Marcus Rashford were not playing as the usual, designated wingers in this match and that was truly felt. And every time the two of them are not playing, it is quite evident that there is no real quality from other players. Andreas Pereira was filling in on the left flank, as he was moved around quite a bit this season, playing in the centre behind the striker, on the right wing and in central midfield.

Greenwood played on the right and despite him scoring twice, it was clear that he was often isolated. The options on the wing are not there for Solskjaer to tinker much with. Hopefully both James and Rashford will continue performing as they have been recently.

Manchester United finished top of the group which means they will play their first match in round of 32 away from home. These are the teams the Devils could get as their next opponents during the draw this coming Monday:

There are also Wolves and AZ Alkmaar amongst unseeded teams, but United cannot play them due to the former being from England and the latter coming from United’s group.