One of the players British media are recently talking the most about is Jesse Lingard. Manchester United’s attacking midfielder is having the best season of his career and his performances in the red shirt have made people talk about him. The 25-year old has finally managed to put in great displays across the whole season and he is bound to go to the World Cup.

Gareth Southgate will make him part of his 23-man squad and now there are even questions whether the national team coach should put Lingard in starting lineup in Russia. Whether that will happen or not is hard to predict, especially as Dele Alli is Lingard’s great competition for the spot behind Harry Kane. Nevertheless, his season will not be defined by him starting or being a sub in Russia, but by his performances for Manchester United.

That is why this time we are going to dug a little deeper and see what are the underlying numbers telling us about Lingard’s season. Another great performance last weekend – against Swansea in a 2-0 victory – brought Lingard to the fore once more and Rio Ferdinand was full of praise for the Englishman.

Lingard has scored eight goals and completed four assists in 27 Premier League appearances. However, he has played just 1741 minutes, which is effectively 16.34 full 90-minute matches. Eight goals in that frame for an attacking midfielder means he is scoring a very good 0.49 goals per 90. That is basically a goal every other game.

With his four assists, Lingard is contributing to 0.73 goals per 90, which is a very high number, indicating his involvement in attacking displays and how vital he has been on several occasions.

Where Lingard is very dependable is his passing and ability to keep the possession high up the pitch. His 87.2 percent completed passes – many of which have been in the final third – mean not only he is a good passer, but that he is a good passer where it matters the most. He loses only 0.86 possessions per 90 minutes. Since his arrival in January, Alexis Sanchez has been dispossessed 3.56 times per 90. That is telling.

Lingard Is Bound To Improve

Comparing the numbers of goals he has scored and the number of shots he has taken, Lingard has really proven his finishing is very good. Steve McManaman mentioned that on BT Sport last weekend, about Lingard knowing at all times where he wants to put the ball. Lingard needed only 44 shots to score eight goals and such a conversion ratio would good for most European strikers.

What Lingard could go on to improve is his number of key passes per 90. Currently he is on 1.47 and when he gets to around at least 2.00, that will be a good sign. However, this could be skewed by the way United play and the way Lukaku is the one making most of the shots. If there was more of variety in United’s attacking displays, than Lingard would be able to create for more players around him as well.

In conclusion, there is no doubt Lingard has improved in several areas of his game and that he will go to the World Cup this summer. At 25, there is no indication Lingard is going to slow down or stagnate. Approaching his peak years, Lingard is bound to get better and better. 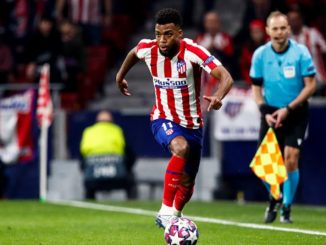 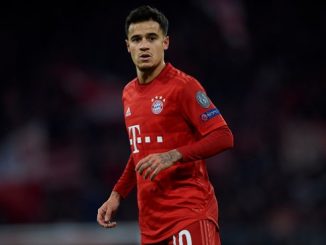