Alexis Sanchez is details away from becoming a Manchester United player. In fact, there is a big chance the Chilean is already part of the team by the team you are reading this piece.

There are already rumours of potential problems with the arrival of the Chilean, though. Henrikh Mkhitaryan left the team in tears, Paul Pogba already asked for a wage increase to match Sanchez’s salary, and Juan Mata would be reportedly considering to speed up his departure from the team.

Yes, you red that right. Apparently, the Spaniard believes he won’t have enough playing time with Sanchez’s presence, and he would be keen to move elsewhere to avoid that. Ideally, he would like to move during the current transfer window. Let’s not remember he is vying for a spot in Spain’s squad ahead of the 2018 World Cup.

But is Mata correct in considering a departure from Old Trafford? He has settled as a regular starter, and even though Sanchez’s presence will definitively increase the competition for a starting role, it seems Sanchez will play on the left instead of the right. That would change things entirely.

Plus, Mata has something no other attacking player on the squad has – with the potential exception of Alexis, of course. Mata can play on the left, on the right, or on the centre with equal ease. Jose Mourinho has confined him to the right wing, but his natural role is the one of a n° 10. And that versatility could be quite useful when it comes to rotate the squad. Let’s not forget United remain alive on the Premier League, the UEFA Champions League, and the FA Cup.

Furthermore, Sanchez will likely play on the left wing. That’s the role he had playing for Arsenal and the Chilean National Team of late. And while he can play anywhere, there is no reason to move him out of the role where he has been more effective during his career. If we take that into account, then Mata should not be worried. Players like Anthony Martial and Marcus Rashford should be far more concerned, but not Mata.

So yes, the Spanish’s concerns are understandable. But he should not leave the team. He is playing his best football since joining United, and his presence alongside with Alexis would only make the team stronger heading into the second half of the campaign. 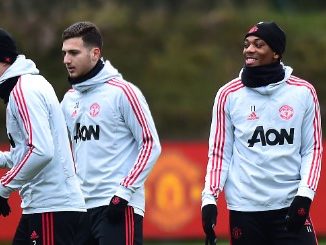 2 Comments on Should Juan Mata Leave During The January Transfer Window?