One of the most consistent players from Manchester United this season is about to face a lengthy spell on the sidelines. Phil Jones suffered a hamstring injury on international duty with England, and as a result the former Blackburn Rovers star will likely miss a few games at the earliest.

That’s the best-case scenario. The worst-case scenario could be something similar to what happened to Paul Pogba. The French playmaker suffered a hammstring problem against CSKA Moscow in the UEFA Champions League in September, and he is yet to return to action. Of course having Jones out for a couple of months is not going to be ideal, but Manchester United fans shouldn’t worry about the defender’s absence. United has enough coverage to mask his absence.

Let’s take a look at the options available while Jones is out.

We did not include Eric Bailly in this list because he can’t be considered a replacement for Jones when he is actually the best centre-back on the squad. The Ivory Coast international should start on a 3-5-2 or a 4-2-3-1 system, but we can’t say the same thing about Chris Smalling and Victor Lindelöf. Both players should battle to become Jones’ first-choice replacement while he is out.

One could say Smalling has the edge considering his experience and the fact Lindelöf has not looked impressive when given the chance this season. But the Swede has been improving in recent weeks. He is also getting more and more used to the EPL’s pace. Plus, if Mourinho wants to keep the 3-5-2 system, then it’s like to see all three of Bailly, Lindelöf and Smalling in the starting XI at the same time.

If Mou chooses the 4-2-3-1 system, however, then only one will start. And based on both players’ recent form, it’s likely that we will see one or the other regularly until one separates himself.

What if Mourinho wants to mix things up a bit? After all, the Portuguese tactician is known for making changes out of nowhere. And Manchester United have two versatile players who can play at centre-back on a pinch in case the team needs a bit more pace at the centre-back role. We are talking about Daley Blind and Matteo Darmian.

Out of the two, Blind is the one who would make more sense. The Dutchman can play all over the defence. And he has featured regularly as a centre-back before. Albeit most fans remember him due to his costly mistake against Manchester City in a derby last year…

…he can get the job as a centre-back on the left side.

On the other hand, Darmian has been mostly used as a left-back or right-back. But he is versatile enough to slot as a centre-back if needed. However, he hasn’t played there in at least two or three years. And honestly United are not in the position to take too many risks, especially on defence.

There’s no question losing Jones will weaken United’s defensive line. But fans shouldn’t worry too much about his absence. There’s enough depth on the roster to fill his absence for a few weeks. 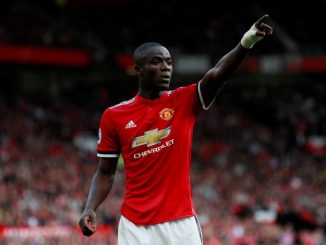