Manchester United defeated Benfica at Estadio da Luz this Wednesday. As a result, theyare inching closer to qualifying for the next round of the UEFA Champions League. The Red Devils might seal their ticket to the Round of 16 at home against the same Portuguese club in two more weeks.

That is not the only link Manchester United will have with the Portuguese club, though. According to a report from ESPN FC, Manchester United are extremely interested in several youngsters from Benfica’s U-19 side that are participating in the UEFA Youth League this season.

That same report indicated that United are not looking at just one or two players. Rather, they are keen in at least THREE Benfica youngsters. These are Umaro Embalo, Joao Felix and Joao Filipe.

Who Are These Benfica Youngsters?

Arguably the biggest prize here would be Embalo. The 16-year-old plays as a forward, and the fact that he already plays with the U19 side should speak volumes about his quality and potential. Chief scout Javier Ribalta and head of development John Murtagh watched Embalo during Benfica under-19s’ UEFA Youth League tie with United in Lisbon on Wednesday. And they were greatly impressed with what they saw.

Embalo can operate all over the attacking third, and that versatility is defintively a plus. He would instantly become a player to watch for the next few years. United have some interesting prospects in the Academy such as Demetri Mitchell, Angel Gomes or even Scott McTominay, but there is no question Embalo would rank high with them in terms of potential. Give him a few years and a couple of loan stints. And it is not out of the question to think he might be part of the senior team before his 20th birthday.

And if you have not watched him play, we got you covered:

United are not going to have an easy path to sign Embalo, however. Several other clubs are interested in the youngster, and many experts believe the Guinea-Bissau native will soon receive offers from some of the biggest clubs in Europe.

A Couple of “Joaos” Grab United’s Attention, Too…

Embalo is not the only player that might arrive to the Academy facilities, though. Joao Felix and Joao Filipe are being tracked by club scouts as well. Both are highly-rated players who could soon take a step to the next level.

Joao Felix is a 17-year-old forward who has already played for Benfica B. And has also been called up to Portugal U21. He is clearly ahead of his class for being such a young player. And on the other hand, Joao Filipe already knows what is like to be at Manchester United’s facilities He spent time on a trial at Carrington in the past. Both Felix and Filipe were part of the Benfica team which reached the final of the UEFA Youth League last season.

Here is a short video showing some of Joao Felix’s best moments:

And here we have Joao Filipe:

Benfica do not want to part ways with their youngsters, though. They already tied Filipe to a new long-term contract until 2022. And the club wants to do the same with Felix and Embalo. But we never know with United. After all, they are one of the best teams in the world. And with a top-notch youth system, any player in the world would be interested in joining the club.

And adding at least one of these three Portuguese future stars would make the Academy side even better. 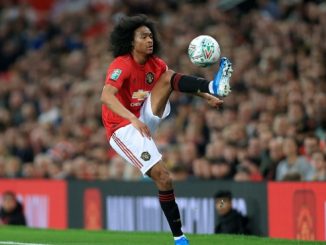