The summer transfer window just ended and the Premier League went on a two-week break. International matches are being played all around the world. The prize is qualifying for the World Cup in Russia. The football festival already has five teams confirmed.

The hosts will be accompanied by Brazil, Iran, Japan and most recently, Mexico. Yet, Manchester United fans will not be completely bored this Saturday. With League 1 and League 2 being played this weekend, there are also matches featuring Manchester United players. Let’s dig into it.

The biggest derby of the European qualifiers this year. There is no group with two such good teams like the group consisted of Spain and Italy. In goal for Spain will be David De Gea, while Ander Herrera should be on the bench. The midfield consisting of Sergio Busquets, Andres Iniesta and David Silva is simply to good to break into it.

Matteo Darmian should start for Italy at right-back. He is expected to be the first choice, even with his lack of playing time for Man United this season. Both teams have won all of their games but one â€“ the 1-1 draw of these sides last time they met in Italy. Spain are still unbeaten in World Cup qualifiers since 1993. Should they remain unbeaten tonight, it will be their 60th consecutive World Cup qualifier without a loss.

Manchester United’s new signing Nemanja Matic will play in this match and it is a reason good enough to watch Serbia play Moldova. While it may sound very unconvincing, you could watch Matic in a slightly different role. While he plays in the centre of the midfield as he usually does, this time he will be more attacking-minded, simply because Moldova is the opponent.

Also, Serbia play in a 3-4-2-1 formation they started using a month or so before Chelsea switched to it last season. Matic should often be much closer to opposition box. It could be interesting seeing him operate so high up the pitch.

Dusan Tadic has been exceptional throughout the qualifiers. The Southampton player scored four and assisted seven goals for Serbia in these qualifiers, making him probably the most valuable player. Aleksandar Mitrovic, another Premier League player, has been clinical as well.

Ivory Coast play one of their key matches on road to Russia. Eric Bailly should start for them at centre-back. Ivory Coast have four points in two matches and if they win, they will go top of the Group C. Morocco are currently sitting above them with five points in three matches.

Only the first team of the group will qualify for the World Cup and that fight should be between Ivory Coast and Morocco. Gabon and Mali do not seem good enough to challenge for the top spot. It will be interesting to see how Gabon will play at home, since they drew 0-0 both of their matches so far.

Look out for: Eric Bailly having a pedestrian game 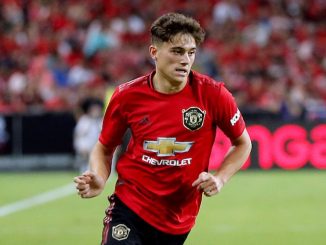